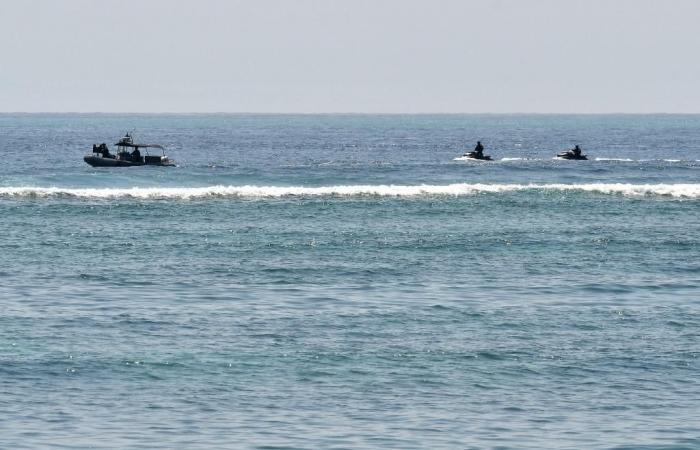 Thank you for reading the news about Indonesia searching for 53 crew aboard missing submarine, seeks Australia, Singapore help and now with the details

Jeddah - Yasmine El Tohamy - NEW DELHI: India’s brutal new COVID-19 outbreak set new records on Wednesday with more than 2,000 deaths in 24 hours as hospitals in New Delhi ran perilously low on oxygen.
India has been in the grips of a second wave of infections blamed on lax government rules and a new “double mutant” virus variant, adding almost 3.5 million new cases this month alone.
Health ministry data on Wednesday showed 295,000 new cases in 24 hours and 2,023 fatalities, among the world’s biggest daily totals of the pandemic and on a par with numbers seen in the United States in January.
In an address to the nation on Tuesday night, Prime Minister Narendra Modi said that the country of 1.3 billion people was “once again fighting a big fight.”
“The situation was under control till a few weeks back, and then this second corona wave came like a storm,” Modi said.
There had been hopes that despite its packed cities and poor health care, India had managed to dodge largely unscathed a pandemic that has killed more than three million people around the world.
Recent weeks have seen mass gatherings including millions attending the Kumbh Mela religious festival, political rallies as well as lavish weddings and cricket matches against England.
Production of key coronavirus drugs slowed or even halted at some factories and there were delays inviting bids for oxygen generation plants, according to press reports.
Now distraught relatives are being forced to pay exorbitant rates on the black market for medicine and oxygen and WhatsApp groups are awash with desperate pleas for help.
Delhi Chief Minister Arvind Kejriwal, who on Tuesday went into self-isolation after his wife tested positive, tweeted late Tuesday that some hospitals in the capital “are left with just a few hours of oxygen.”
The health minister of the megacity of around 25 million inhabitants, Satyendar Jain, urged the federal government to “restore oxygen supply chain to avert a major crisis.”
Hospitals in the western state of Maharashtra and its teeming capital Mumbai, the epicenter of the surge, were also experiencing dire shortages, press reports said.
“Normally we would shift some patients to other hospitals... none in the city have spare oxygen,” NDTV quoted one doctor in the state as saying.
“The (central government), states and private sectors are trying to ensure every needy patient gets oxygen,” Modi said in his address.
States across India have imposed restrictions, with Delhi in a week-long lockdown, all non-essential shops shut in Maharashtra and Uttar Pradesh set for a weekend shutdown.
Delhi’s lockdown prompted tens of thousands of migrant workers to flee the mega-city, in scenes reminiscent of the national shutdown a year ago that inflicted economic and human misery.
The United States now advises against traveling to India, even for those fully vaccinated, while Britain has added India to its “red list.” Hong Kong and New Zealand have banned flights.
India has administered more than 130 million shots so far and from May 1 all adults will be eligible for a shot.
Some local authorities have however been running short of supplies, and India has put the brakes on exports of the AstraZeneca shot.
“I think in the coming week or two we will have a more quantitative estimate of and if any effect of this variant on the vaccine,” Rakesh Mishra from the Center for Cellular and Molecular Biology said.
In total India has recorded 15.6 million cases, second only to the United States, and more than 180,000 deaths.

These were the details of the news Indonesia searching for 53 crew aboard missing submarine, seeks Australia, Singapore help for this day. We hope that we have succeeded by giving you the full details and information. To follow all our news, you can subscribe to the alerts system or to one of our different systems to provide you with all that is new.