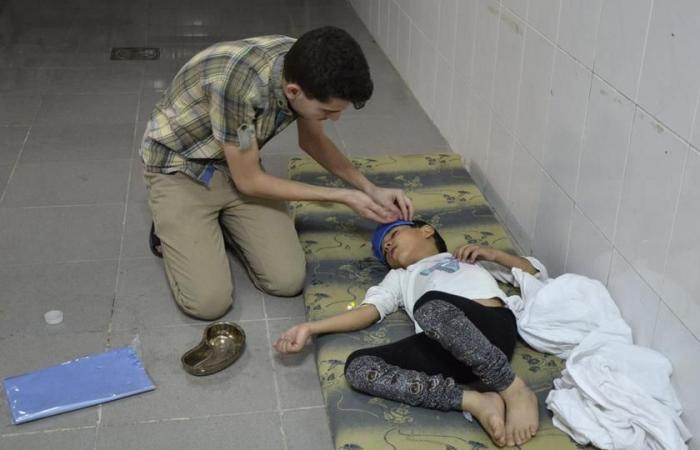 THE HAGUE, April 21 — The global chemical weapons watchdog agreed today to strip Syria of its voting rights in an unprecedented punishment after a probe blamed Damascus for poison gas attacks.

Syria will also be banned from holding any offices at the Hague-based Organisation for the Prohibition of Chemical Weapons (OPCW) over its repeated use of toxic arms against civilians.

A two-thirds majority of the OPCW’s member states voted in favour of the sanctions, the first time they have been meted out to any country in the agency’s quarter-century history.

The measures are in response to an OPCW investigation last year that found the Syrian air force had used the nerve agent sarin and chlorine gas in three attacks on the village of Lataminah in 2017.

“The member states of the OPCW have sent a strong message: repeated use of chemical weapons by Syria is unacceptable for the international community,” the French delegation to the watchdog said.

Britain said it was a “vital step to maintain the credibility of the Chemical Weapons Convention”.

Syria and its ally Russia have consistently denied that Damascus has used chemical weapons during the 10-year civil war, arguing that the watchdog has become politicised by the West.

France introduced a motion on behalf of 46 countries also including Britain and the United States to deprive Syria of “rights and privileges” over the 2017 attacks and its failure to declare its chemical weapons.

Eighty-seven countries voted in favour of the motion, 15 including Syria, Russia, China and Iran voted against, and 34 abstained, OPCW officials said.

“In light of this result the draft resolution is adopted,” said Jose Antonio Zabalgoitia Trejo, the chairman of the meeting of the OPCW’s member states.

Syria’s rights will remain suspended until member states decide that Damascus has fully declared all of its chemical weapons and weapons-making facilities, the motion says.

The OPCW was created to uphold the Chemical Weapons Convention and says it has helped destroy 97 percent of the world’s chemical weapons stocks. It won the Nobel Peace Prize in 2013.

The regime of Syrian President Bashar al-Assad agreed in 2013 to join the OPCW and give up all chemical weapons, following a suspected sarin nerve gas attack that killed 1,400 people in the Damascus suburb of Ghouta.

But it has been repeatedly accused of chemical weapons attacks since then.

A new OPCW investigations team with the power to apportion blame—the agency previously only had the mandate to say if chemical attacks had been carried out or not—blamed Syria for the Lataminah attacks in March 2017.

Damascus then failed to adhere to a 90-day deadline set by the executive council to declare the weapons used in the attacks, reveal its remaining stocks and comply with OPCW inspections.

Pressure mounted on Damascus last week after a second OPCW investigation found a Syrian helicopter dropped a chlorine bomb on the rebel-held town of Saraqib in 2018.

The UN recently said Damascus has for years not replied to a series of 19 questions about its weapons installations.

The OPCW has previously confirmed the use or likely use of chemical weapons in Syria in around 40 cases since 2014, including chlorine, mustard gas and sarin. In those case it had no mandate to attribute responsibility.

A separate UN-OPCW investigative team that ran from 2014-2017 until Russia vetoed it confirmed four chemical attacks by the Syrian government and two by the Islamic State extremist group. — AFP

These were the details of the news Syria stripped of rights at chemical weapons watchdog for this day. We hope that we have succeeded by giving you the full details and information. To follow all our news, you can subscribe to the alerts system or to one of our different systems to provide you with all that is new.