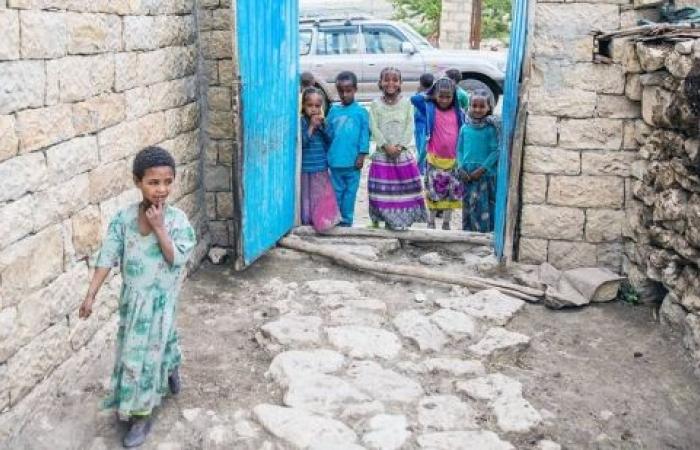 We show you our most important and recent visitors news details ‘No end’ to conflict in Ethiopia’s Tigray region, warns UNICEF in the following article

“There is no clear end in sight” to the conflict, said agency spokesperson James Elder, after returning from a visit the northern Ethiopian region.

He said more than a million people were displaced, noting that fighting was continuing, and security remained a major issue. UNICEF had been “concerned from the onset about the harm that this is going to cause children, and unfortunately such fears are being realized.”

The conflict is the result of months of escalating tensions between the Ethiopian Government and the dominant regional force, the Tigray People’s Liberation Front (TPLF), which culminated in Prime Minister Abiy Ahmed ordering a military offensive after rebels attacked a federal army base.

Within days, militias from the neighboring Amhara region had joined the fray, reportedly followed by some troops from neighboring Eritrea — a long-time rival of Tigray.

According to the government, the region had been secured by the end of November, however TPLF resistance has continued, amid accusations of extrajudicial killings and rights abuses on all sides.

Elder underscored the impact on women and girls, characterizing it as a “protection crisis”.

He added: “What is really emerging now is a disturbing picture of severe and ongoing child violations, there is also unfortunately an education and nutrition emergency and I saw extensive destruction to systems on essential services that children rely on.”

Among the estimated one million displaced by the violence are children who have suffered terribly, the UNICEF official explained.

“The many children I spoke with, there was one, a girl who is 16, Merhawit, she had walked 300 kilometers with her baby brother on her back from the west of country, amid pretty intense fighting...300 kilometers and in broken flip-flops”, he said.

“Those stories abound. She was a star in physics, and now she is searching for food and hasn’t seen a classroom in a year.”

Apart from the education crisis, the Tigray region is also in the grip of a nutrition emergency, linked to pillaging and the destruction of medical centers and costly irrigation systems which farming communities cannot do without.

“We had a recent assessment in 13 towns and more than half of boreholes are non-functional,” said Elder. “It’s important to remember that these were really advanced systems, supporting hundreds of thousands of people with generators and electrical circuitry, all looted or destroyed.”

Health centers have not been spared either, with the majority now out of action. This includes a new maternal health clinic specializing in emergency surgery for mothers that opened 100 kilometers from Mekelle which has been ransacked.

“Everything — X-ray machines, oxygen, and mattresses for patients — are gone,” said Elder. A doctor there told me, “It had all the services a mother and baby needed. It was a life-saving place. There was no reason for forces to come here. They came here for vandalizing and looting.”

The UNICEF spokesperson also urged all those with influence on the military actors involved in the conflict to condemn rights abuses against civilians. “Severe and ongoing child rights violations” have been reported by victims, he said.

“We have an average of three cases of reported, reported gender-based violence, remembering of course that this is probably the tip of the iceberg because reporting is very, very difficult both for...security and cultural elements of shame, and so on. I heard traumatic stories of children as young as 14, I heard reports of gang-rapes.” — UN News

These were the details of the news ‘No end’ to conflict in Ethiopia’s Tigray region, warns UNICEF for this day. We hope that we have succeeded by giving you the full details and information. To follow all our news, you can subscribe to the alerts system or to one of our different systems to provide you with all that is new.