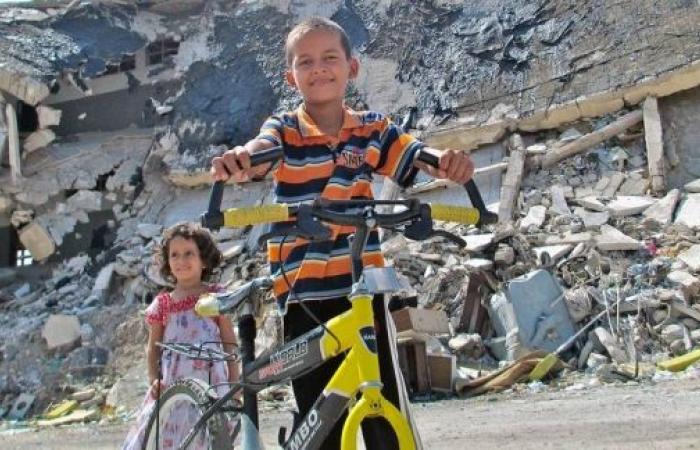 The members of the Libya Quartet — which brings together the UN, the League of Arab States, the African Union and the European Union — met virtually on Tuesday to take stock of the situation in the country.

‘A window of opportunity’

“After years of senseless violence and suffering, there is a window of opportunity in Libya,” UN Secretary-General António Guterres wrote on Twitter after the meeting. “We stand with the people of Libya and pledge to work with them to help build a better future.”

The UN has been supporting peace efforts in Libya, which descended into chaos and conflict following the overthrow of President Muammar Gaddafi in 2011, resulting in the country being divided between the internationally recognized Government of National Accord (GNA) and the rival Libyan National Army (LNA).

Mediation facilitated by the UN led to an historic ceasefire agreement, signed last October by military representatives from each side, known as the 5+5 Joint Military Commission (JMC), paving the way to political dialogue and a roadmap that includes elections in December.

A new interim unity government was sworn in last month.

The Quartet met just days after the UN Security Council passed a resolution endorsing the secretary-general’s proposal to support the mechanism monitoring implementation of the ceasefire. It calls for teams from the UN’s mission in the country, UNSMIL, to work alongside JMC monitors.

Following their meeting, Quartet members issued a joint communiqué, which said they applauded the important outcomes of the Libyan Political Dialogue Forum (LPDF), the adoption of the Road map for the Preparatory Phase of a Comprehensive Solution, and the smooth transfer of power to the new interim authority.

The Quartet also expressed full support for efforts to implement the LPDF Roadmap and successfully complete Libya’s democratic transition. They encouraged the unity government, and other institutions, to uphold their commitment to appoint women in at least 30 percent of senior positions, and to promote rights-based reconciliation throughout the country.

Elections must be transparent

The partners also welcomed the new leadership’s commitment to holding the 24 December elections, and discussed how they could support the process, including through possible deployment of observer missions.

“They emphasized the importance of conducting these elections in a favorable political and security environment so that they are held in an inclusive, transparent and credible manner and where all Libyans commit to respect their results and integrity.”

The communiqué called for stepped up efforts to fully implement the ceasefire agreement, and underlined the importance of the JMC further developing plans “for a robust, credible and effective” ceasefire monitoring mechanism.

“The Quartet condemned the continued violations of the UN arms embargo and emphasized that all external military intervention in Libya is unacceptable,” it said.

“They called in this regard for full compliance with the arms embargo and the immediate and unconditional withdrawal of all foreign forces and mercenaries from the entirety of Libya’s territory in accordance with the resolutions of the UN Security Council and in a manner that fully restores Libya’s sovereignty and preserves its national unity, independence and territorial integrity." — UN News

These were the details of the news UN and partners welcome progress in Libya for this day. We hope that we have succeeded by giving you the full details and information. To follow all our news, you can subscribe to the alerts system or to one of our different systems to provide you with all that is new.