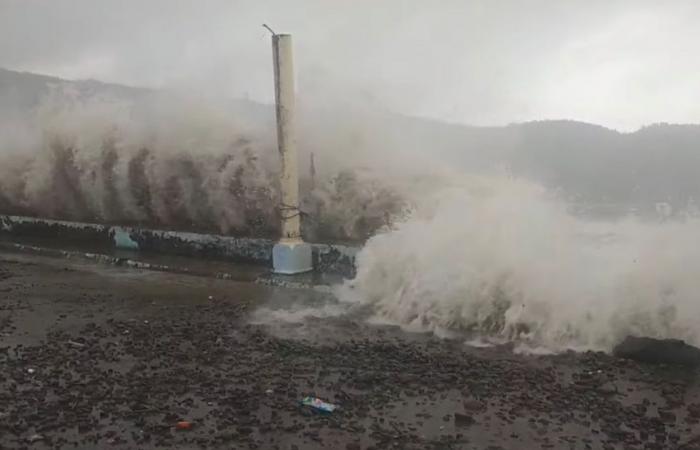 Hello and welcome to the details of Seven crew rescued, four dead in Philippine ship grounding and now with the details

MANILA, April 21 — Seven members of a crew forced to abandon their cargo ship after it ran aground during a typhoon in the Philippines have been rescued and the bodies of four others found, authorities said today.

Search teams were still looking for nine crew members two days after the Cebu Great Ocean vessel hit the shore at Malimono town on the southern island of Mindanao.

The survivors were taken to hospital for treatment and were in a stable condition, local disaster officer Aladdin Sumampong said.

“I asked them what happened since the ship just ran aground... but they said the order of the captain was to abandon the ship because it will capsize soon due to big waves,” Sumampong told AFP.

Two of the survivors were found on a beach with the bodies of two colleagues they had carried while swimming to shore, he said.

Photos shared by a government disaster office showed a makeshift floating device made out of life rings and water containers washed up on the beach where some of the bodies were found.

At least three people have died in the central and southern Philippines as Typhoon Surigae skirts the country, authorities said, forcing tens of thousands to seek shelter from flooding and strong winds.

The slow-moving Surigae is packing maximum sustained wind speeds of 165 kilometres (103 miles) an hour near its centre, about 345 kilometres off the northern province of Cagayan.

It is not expected to make landfall.

The Philippines is hit by an average of 20 typhoons or storms every year, a dangerous and disruptive part of life in the country. — AFP

These were the details of the news Seven crew rescued, four dead in Philippine ship grounding for this day. We hope that we have succeeded by giving you the full details and information. To follow all our news, you can subscribe to the alerts system or to one of our different systems to provide you with all that is new.