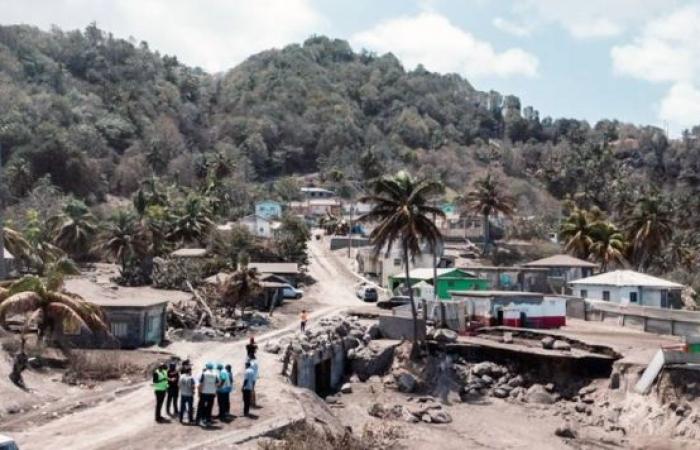 The funding will provide immediate lifesaving humanitarian assistance, including clean water, and support a sustainable recovery for everyone impacted.

The UN and partners will also assess the economic, social and environmental toll on all the countries touched by the fallout, including ash removal and improving environmental health provisions.

Another UN priority is to continue preventing the spread of COVID-19.

Saint Vincent and the Grenadines, located in the southern Caribbean, consists of more than 30 islands and cays, nine of which are inhabited.

At 4,000 feet or 1,220 meters tall, La Soufrière dominates the largest island of Saint Vincent. Silent since 1979, the volcano began spewing smoke and rumbling in December, before a full-blown eruption on April 9.

With over 12,700 evacuees now registered in public shelters and in private homes, close to 20,000 people are expected to be displaced.

And further eruptions are expected in the coming weeks.

“The level of destruction that has befallen this beautiful country and the widespread disruption caused by this event will forever be etched in my mind. The devastating impact of this event on thousands of people is undeniable,” said UN Resident Coordinator for Barbados and the Eastern Carribean, Didier Trebucq.

A call for international solidarity has been made to provide a lifeline to the most vulnerable people in St. Vincent as well as in Antigua and Barbuda, Barbados, Grenada and Saint Lucia, which have been hit with severe ashfall.

“The UN will be a steadfast partner, working with the government and people of St. Vincent and the Grenadines to ensure strong and resilient recovery”, assured the resident coordinator.

The financial resources will also be used for crucial recovery efforts to immediately assist citizens to regain their footing. “This Global Fund appeal will mobilize international solidarity to enhance our efforts”, he said.

This crisis comes as St. Vincent and the Grenadines is recovering from its largest COVID-19 surge amid the pandemic, the region’s worst Dengue outbreak in recent history, and a new deadly hurricane season.

Meanwhile, UN Emergency Relief Coordinator Mark Lowcock announced the allocation of $1 million from the UN’s Central Emergency Respond Fund (CERF) to urgently assist affected people, especially those who have had to be evacuated. — UN News

These were the details of the news UN launches $29 million appeal to support stricken island of Saint Vincent for this day. We hope that we have succeeded by giving you the full details and information. To follow all our news, you can subscribe to the alerts system or to one of our different systems to provide you with all that is new.