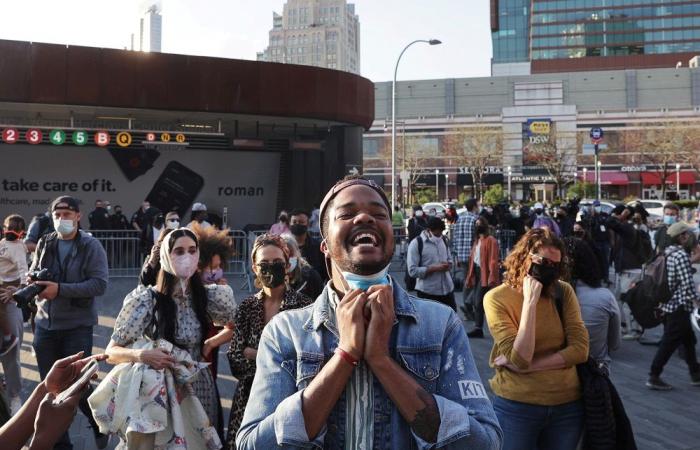 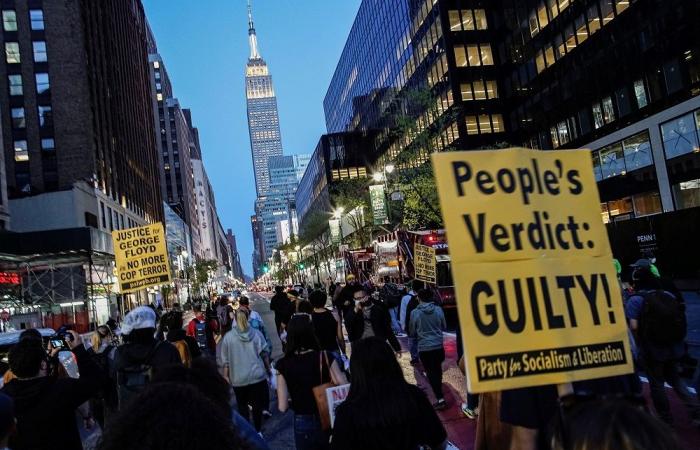 Hello and welcome to the details of Tears of joy, relief after conviction in Floyd murder case and now with the details

MINNEAPOLIS, April 21 — Outside the Minneapolis court house, a crowd had gathered to hear a verdict that many feared could plunge the nation into a new spasm of protest and unrest.

When a man with a bullhorn relayed the jury’s decision — ”Guilty!” — the crowd of 200 people erupted in joy and relief.

Former police officer Derek Chauvin had been convicted of the killing of George Floyd, the unarmed Black man whose death sparked the biggest US protests against racial prejudice and police brutality in decades.

“Guilty on all three counts,” the man added as the judge read out the jury’s verdict inside the heavily guarded building, and tears streamed down more than one face in the crowd. “Today we celebrate justice for our city,” he added.

“I can’t believe it... guilty,” said 28-year-old Lavid Mack, who stood on a concrete block to get a better view of the gathering. He had not thought Chauvin would be found guilty.

A woman stepped out of the crowd, too emotional to speak and fell into the arms of a friend.

Another woman, her eyes brimming with tears, voiced her relief: “Now we can finally start to breathe,” said Amber Young.

“This year has been so traumatic, I’m now hoping for some healing,” she said.

Fists in the air, a group of a dozen people started chanting, “Black power! Black power!”

Before the verdict was announced, one man was waving a bottle of brandy in the crowd, hoping to open it if Chauvin was found guilty.

The road in front of the court house had been closed to traffic and several vehicles that were turned away honked their horns in support of the crowd.

In the past week, tensions had been mounting in Minneapolis, which was rocked by massive protests following Floyd’s death last year.

Troops from the National Guard had been patrolling the tense city and most of the businesses had boarded up their storefronts just in case unrest broke out again.

The court house itself was surrounded by armored vehicles, concrete walls and 10-foot high metal fencing, a testament to the sensitivity of the case that ignited the largest protests over race and police brutality in a generation.

Dancing in the street

The celebrations quickly moved to the south of the city, where more than 1,000 people came together at the street corner where Floyd suffocated to death under Chauvin’s knee. There too they raised their fists and chanted the murdered man’s name.

Some came in families with young kids and babies in strollers, or with dogs on leashes, and many danced to the rhythm of a group of musicians playing in the street.

Rachel Shield, a 42-year-old white woman, said she had brought her two children to take part in a “historic” moment.

“We felt like it was a really important moment to be present with our community,” she said. “There are so few times when we get a real victory in this fight.”

“We celebrate tonight and we keep fighting and keep moving forward,” she added.

While downtown Minneapolis had been boarded up in anticipation of rioting, shops remained open in this residential neighbourhood, which was adorned with mementos of the drama that played out here almost a year ago.

A billboard showed Floyd’s image with the logo: “Remember.” A metal sculpture of a clenched fist was surrounded by portraits of Ahmaud Arbery, Daunte Wright, Tamir Rice and Breonna Taylor, young Black people killed by white police or vigilantes.

Police “need to come to us with dignity and respect and not prejudice and no bias-ness and treat us the same way they would treat a white person,” she said. — AFP

These were the details of the news Tears of joy, relief after conviction in Floyd murder case for this day. We hope that we have succeeded by giving you the full details and information. To follow all our news, you can subscribe to the alerts system or to one of our different systems to provide you with all that is new.