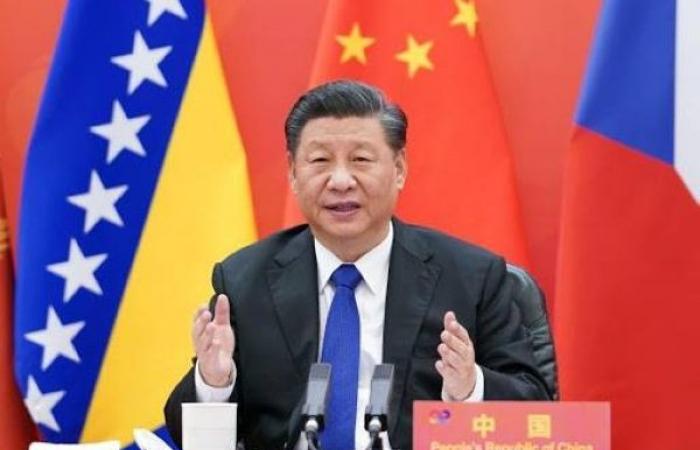 We show you our most important and recent visitors news details Stop 'bossing others around,' Chinese president warns US in the following article

Hind Al Soulia - Riyadh - HONG KONG — Chinese President Xi Jinping has called for global cooperation in the face of a growing anti-China front led by the United States, warning that an "open world economy" is essential to recovering from the pandemic.

"Attempts to erect walls or decouple run counter to the law of economics and market principles," Xi said on Tuesday via video at China's Boao Forum for Asia. "They would hurt others' interests without benefiting oneself."

"We must not let the rules set by one or a few countries be imposed on others, or allow unilateralism pursued by certain countries to set the pace for the whole world," Xi said. "Big countries should behave in a manner befitting their status and with a greater sense of responsibility."

While Xi did not name any country during his speech — top Chinese leaders usually do not name and shame — his remarks seem like a veiled criticism of the United States, which has stepped up pressure on China in recent months.

Last month, the US and its allies condemned Beijing and imposed coordinated sanctions against Chinese officials over the alleged repression of Uyghur Muslims and other ethnic minorities in Xinjiang province. Most of the harsh sanctions the Trump administration imposed on some of China's most prominent technology companies remain in place, and trade tensions continue under the Biden administration.

"Bossing others around or meddling in others' internal affairs would not get one any support," Xi said at the forum, attended by thousands of executives and political leaders.

Some of America's biggest entrepreneurs and investors participated in the event as they try to navigate the tumultuous relationship between the world's top two economies.

Xi repeated previous promises to make it easier for foreign companies to invest in China.

"Openness is essential for development and progress. It also holds the key to post-COVID-19 economic recovery," he said.

In his speech, Xi announced steps to reinforce cooperation with China's neighboring countries, including plans for a second Conference on Dialogue of Asian Civilizations (CDAC).

The first CDAC, which took place in Beijing in 2019, was attended by representatives from more than 40 Asian countries.

China has also recently made moves to get closer to Russia and Iran. Last month, the foreign ministers of China and Russia pledged to strengthen a "comprehensive strategic partnership." The two countries also proposed to establish a regional dialogue to address security concerns in their regions. Separately, China signed an economic and security partnership with Iran last month for the next 25 years.

"The COVID-19 pandemic has made it all the more clear to people around the world that we must reject the cold-war and zero-sum mentality and oppose a new 'Cold War' and ideological confrontation in whatever forms," Xi said.

Xi also called for global cooperation to address climate change and "do more to implement the Paris Agreement." He attended a video summit with German and French leaders on Monday and promised China will strengthen cooperation with the two European countries on climate issues.

But it's not clear yet whether he will attend President Biden's climate summit on Thursday and Friday. China's foreign ministry said Monday that it has received the US invitation, but is still studying the issue.

The International Energy Agency published a report on Tuesday that showed China's burning of coal is a big reason why carbon emissions are set to spike dangerously this year. — Courtesy CNN

These were the details of the news Stop 'bossing others around,' Chinese president warns US for this day. We hope that we have succeeded by giving you the full details and information. To follow all our news, you can subscribe to the alerts system or to one of our different systems to provide you with all that is new.