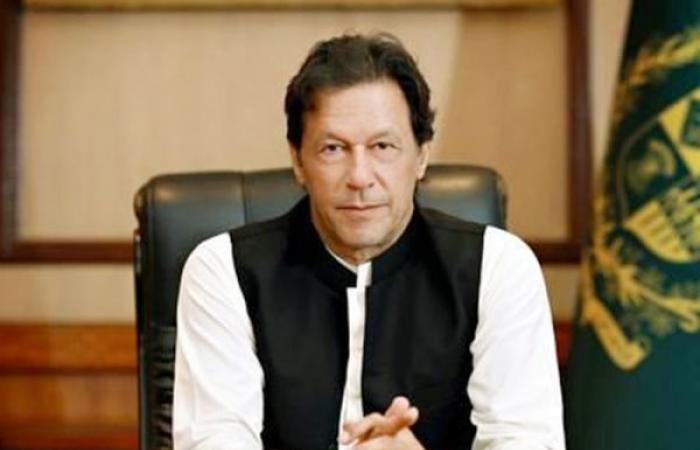 Hind Al Soulia - Riyadh - ISLAMABAD/ KARACHI — The Pakistan National Assembly passed a resolution condemning the blasphemous caricatures in a French magazine mere hours after the Tehreek-e-Labbaik Pakistan and the government reached an agreement after talks Monday night to tackle the violence that had broken out, according to a report in SAMAA TV.

By Tuesday afternoon, a resolution was passed in the National Assembly that the House condemned the publication of the sacrilegious caricatures by Charlie Hebdo on Sept 1, 2020. Despite severe reaction from the Muslim world when the magazine first published such caricatures in 2015, it again tried to hurt the sentiments of Muslims.

Information Minister Fawad Chaudhry said the resolution condemning the blasphemous caricatures in a French magazine was presented in parliament by a private member and it was not an opinion of the government.

1. The expulsion of the French ambassador should be debated in parliament

2. All European countries, especially France, should be conveyed the seriousness of the matter.

3. All Muslim countries should be consulted and this issue should be jointly presented before the international community.

There were reports on social media that TLP chief Saad Rizvi had been released from Kot Lakhpat jail. However, the jail authorities denied this and said they had yet to receive release orders.

The TLP and government negotiations began after protracted protests from the political party and its supporters across Pakistan starting last week. The protests began over the publication of blasphemous caricatures in a French magazine.

The TLP had been agitating from November and had been in talks with the government. However, when its chief Saad Rizvi planned to march on Islamabad, he was taken into custody. Protests broke out after that, especially in Lahore and Karachi.

The government will table a resolution in parliament to expel the French ambassador, Interior Minister Sheikh Rashid and the TLP confirmed. After the third round of talks on Monday, Rashid said in a statement that the government will withdraw all cases against the TLP leaders and workers. This too was confirmed by the spokesperson Salman Haider.

A source in the TLP, who requested anonymity, told SAMAA Digital that the government has also agreed to reverse the ban on the group. The group’s spokesperson or the government did not comment on it. Sheikh Rashid said the TLP has agreed to end the sit-in and protests. The TLP has not made any such announcement.

Pakistan on Monday opened negotiations with the proscribed party after they freed 11 police abducted during weeklong anti-blasphemy protests against France in which four officers were killed, the interior minister said.

Most main businesses, markets, shopping malls and public transport services were closed in major cities in response to a strike call by TLP and its affiliated groups, Reuters said.

The TLP had presented four main demands in the talks with the government, officials from both sides said.

They included expulsion of the French ambassador, release of the TLP leader and around 1,400 arrested workers, lifting the ban on the group and the dismissal of the interior minister.

Pakistan Tribune reported that the negotiations were deadlocked as the banned party demanded the resignation of Interior Minister Sheikh Rashid as the government refused to accept their demand of interior minister’s resignation and expulsion of the French ambassador.

Prime Minister Imran Khan said expelling the French ambassador would only cause damage to Pakistan, and diplomatic engagement between the Muslim world and the West was the only way to resolve disputes.

Relations between Paris and Islamabad have worsened since the end of last year after President Emmanuel Macron paid tribute to a French history teacher who was beheaded by an 18-year-old man of Chechen origin for showing cartoons of the Prophet in a class on freedom of speech.

Meanwhile, the Dawn newspaper reported that violence broke out in many areas of Karachi on Monday evening when supporters and workers of the banned TLP and police clashed with each other.

While no untoward incident was reported from any place in the province during the day during a strike observed on the appeal of religious scholars against Lahore violence and to show solidarity with the TLP, scores of people took to streets after sunset in a bid to resume their protest.

The most violent protest was reported from New Karachi near Saba Cinema. Clashes at multiple locations break out following a peaceful strike in many cities and towns of Sindh

Another violent protest was reported from Malir, where protesters tried to block the National Highway and the police used force to get the highway cleared. Similar protests were reported from Landhi, Korangi 2 1/2 and Jamshed Quarters area. Traffic remained suspended in these areas due to the protests.

This is not the first time that the writ of the state has been challenged by an extremist group. Earlier also, the TLP had laid seige to major cities in Pakistan during the sit-in protests of 2017 bringing the day-to-day activities of the government to a halt.

These were the details of the news TLP ends Lahore sit-in as government accedes to demands for this day. We hope that we have succeeded by giving you the full details and information. To follow all our news, you can subscribe to the alerts system or to one of our different systems to provide you with all that is new.