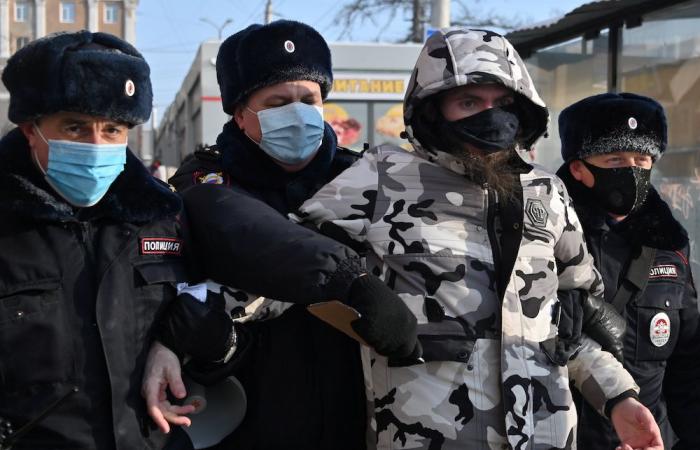 Hello and welcome to the details of Russia detains Navalny allies, raids offices on eve of protest and now with the details

Navalny, 44, President Vladimir Putin’s staunchest critic, declared a hunger strike three weeks ago to demand access to better medical care. He was moved on Sunday to a prison with a hospital. His supporters say they fear for his life.

The state prison service has said his condition is satisfactory and that he has agreed to receive “vitamin therapy”. His allies say he has still not had proper care and plan to take to the streets tomorrow evening in protest.

Authorities have issued warnings that the demonstrations are illegal, setting the stage for a confrontation and the possibility of mass arrests. Police detained thousands of people at rallies earlier this year over Navalny’s jailing.

In Moscow, the mayor’s office said the protest would not be authorised because of the coronavirus pandemic. The city centre of Yekaterinburg in the Urals will be closed to traffic from early evening to rehearse a military parade, authorities said.

Police conducted raids at Navalny’s regional offices in the southern city of Krasnodar and the central region of Chelyabinsk, according to OVD-Info, which monitors protests and activist detentions. Five Navalny activists in different regions were detained on various charges, it said.

Navalny’s activist network faces mounting pressure. On Friday, state prosecutors in Moscow said they wanted to label his regional groups and anti-corruption foundation “extremist”, a move that would essentially outlaw their activity.

The West has demanded Navalny’s release and US President Joe Biden’s White House said on Monday that the Russian government would be held to account for his fate and that he must be treated humanely.

The Kremlin’s spokesman, Dmitry Peskov, declined to comment on Navalny, saying it was a matter for the state prison service or the prosecutor’s office.

Navalny went on hunger strike on March 31 over what he said was the refusal of the prison holding him to provide him with proper treatment for leg and back pain. Russia says he has received normal medical care, as would any other convict.

Navalny allies said doctors and lawyers arrived at the penal colony in Vladimir, east of Moscow, and requested access to him on Tuesday but were told the director of the facility was unavailable and were kept waiting for hours. — Reuters

These were the details of the news Russia detains Navalny allies, raids offices on eve of protest for this day. We hope that we have succeeded by giving you the full details and information. To follow all our news, you can subscribe to the alerts system or to one of our different systems to provide you with all that is new.