Rahul Gandhi tests positive for COVID-19 as India reports over 200,000 cases for sixth day in a row 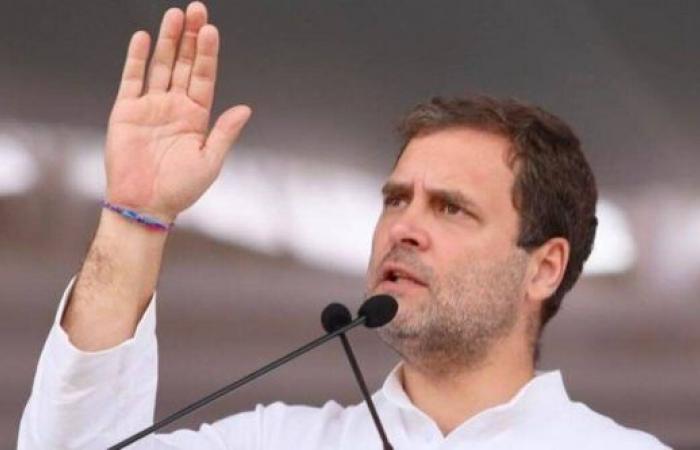 We show you our most important and recent visitors news details Rahul Gandhi tests positive for COVID-19 as India reports over 200,000 cases for sixth day in a row in the following article

Hind Al Soulia - Riyadh - NEW DELHI — India’s opposition party leader Rahul Gandhi has tested positive for coronavirus as the crisis in the wake of the pandemic is deepening in the country, with hospitals buckling under increasing pressure from the second wave of infections.

In a statement on his official Twitter account on Tuesday, Gandhi said: “After experiencing mild symptoms, I’ve just tested positive for COVID. All those who’ve been in contact with me recently, please follow all safety protocols and stay safe.”

A day earlier, former Indian Prime Minister Manmohan Singh who is also a senior leader of the opposition Congress Party, was hospitalized after testing positive for the virus.

Meanwhile, the South Asian country reported 259,170 new cases and 1,761 deaths over a 24-hour period on Tuesday, according to government data. It is the sixth straight day that India’s daily case count exceeded 200,000 while the daily death toll — still comparatively low — is inching higher.

Cases started rising in February and so far this month, India has reported more than 3.1 million new cases and over 18,000 deaths. The total cumulative cases have topped 15 million, making India the second worst-infected country behind the United States.

Political rallies, where large crowds gathered mostly without masks, and a string of religious congregations in various parts of the country are said to have contributed to the second wave. There is also growing concern about the double mutation of a Covid-19 variant that was discovered in India, which could make the virus more contagious.

These were the details of the news Rahul Gandhi tests positive for COVID-19 as India
reports over 200,000 cases for sixth day in a row for this day. We hope that we have succeeded by giving you the full details and information. To follow all our news, you can subscribe to the alerts system or to one of our different systems to provide you with all that is new.