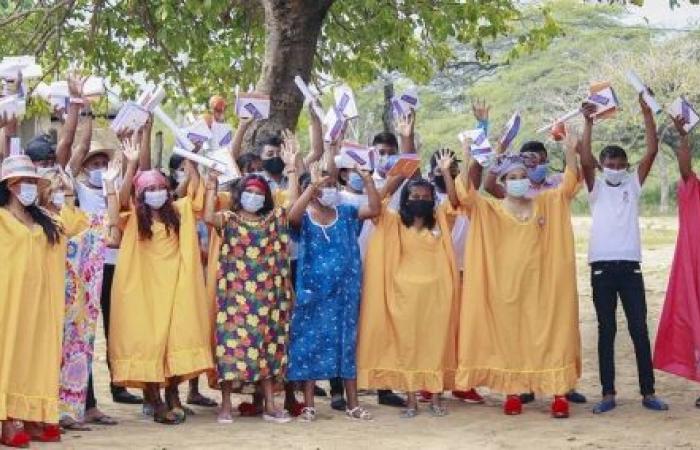 We show you our most important and recent visitors news details UN chief: ‘Prioritize inclusion and sustainable development’ in the following article

Hind Al Soulia - Riyadh - NEW YORK — Although they represent the greater part of the world’s cultural diversity and speak the major share of its languages, indigenous people are three times more likely to live in extreme poverty, the UN chief told the opening session of the UN Permanent Forum on Indigenous Issues on Monday.

And as their languages and cultures remain under constant threat, indigenous peoples have taken a major blow from the COVID-19 pandemic. “An already vulnerable group risks being left even further behind,” warned Secretary-General António Guterres.

Moreover, their lack of participation in decision-making has often meant their specific needs are overlooked or ignored. “As we work to recover from the pandemic, we must prioritize inclusion and sustainable development that protects and benefits all people,” said the top UN official.

Indigenous peoples’ lands are among the world’s most biodiverse and resource-rich, which has led to increased exploitation, conflicts over resources and land misuse, the UN chief said.

“Violence and attacks against indigenous leaders and women and men working to defend indigenous peoples’ rights to lands, territories and resources have grown dramatically,” he added.

Guterres urged everyone to “do better” at fostering inclusive, participatory laws and policies with strong and accountable institutions that provide justice for all; and to “promote and uphold” the right to health for people and the environment.

“We must implement the United Nations Declaration on the Rights of Indigenous Peoples,” he stressed, adding that they are “indispensable to achieving the Sustainable Development Goals (SDGs), and their voices need to be heard”.

The secretary-general reminded of the need to ensure “equal and meaningful participation, full inclusion and empowerment” towards the realization of human rights and opportunities for all indigenous peoples.

General Assembly President Volkan Bozkir, underscored that in preparing for the next pandemic, “We must engage indigenous communities who are at a higher risk for emerging infectious diseases as a result of the destruction of ecosystems from extractive industries and climate change,” he said.

And as indigenous peoples are the stewards of more than 80 percent of the world’s biodiversity, they must be included in addressing the climate crisis, said Bozkir.

“Decision makers should reflect the population who is governed by the decisions made,” he said. “This is the only approach that will end stigmatization, discrimination, and cultural threats, and improve access to vital services such as education, healthcare, and justice.”

Highlighting the “intrinsic link between language and identity”, the Assembly President encouraged everyone to use the International Decade of Indigenous Languages, which kicks off next year, to promote it widely.

“Our strength lies in our diversity. If we fail to realize this, we will not only fail indigenous communities, but everyone, everywhere,”,said the UN official.

She stated that of the at least 331 human rights defenders were killed in 2020; two-thirds were working on environmental and indigenous peoples’ rights.

And in the case of murdered indigenous women, “the overwhelming majority of these crimes” go unpunished. Nuorgam asserted that these atrocities “do not happen in vacuums”.

“As governments increasingly criminalize the activities of indigenous people’s organizations and use anti-terrorism legislation to damage and demise their human rights activism, we see a sharp rise in violence against indigenous human rights defenders,” she attested.

“This must stop”, she said, headlining them as clear violations of internationally-recognized human rights law that “make our societies less stable, less secure and less equal”. — UN News

These were the details of the news UN chief: ‘Prioritize inclusion and sustainable development’ for this day. We hope that we have succeeded by giving you the full details and information. To follow all our news, you can subscribe to the alerts system or to one of our different systems to provide you with all that is new.