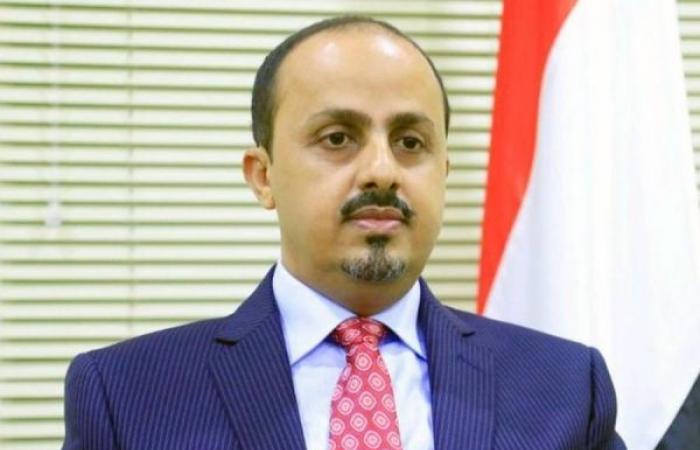 We show you our most important and recent visitors news details Al-Eryani: Houthis' recruiting process of children in Yemen as unprecedented genocide in the following article

He described the Houthi behavior as unprecedented crime amid world community’s unjustified silence.

In a statement to the state-run Yemeni News Agency (Saba), Al-Eryani said that estimates published by specialized organizations indicate that the terrorist Houthi militia has, since its coup against the state, managed to recruit tens of thousands of children.

They have snatched them from their homes and classrooms from various areas falling under its control, and force them in the crematorium, ending up between death, falling as prisoner of war, or getting permanently disabled, the statement added.

Al-Eryani warned that the terrorist Houthi militia would increase the pace of recruitment of children in the areas under its control, following the severe losses they suffered in manpower after throwing thousands of its members in suicide attacks, citing the Houthi recent and continuous escalation in various fronts of the Yemeni governorate of Marib.

He called on the international community, the United Nations, UN and US envoys to Yemen, human rights and child protection organizations to take responsible positions regarding the genocide crimes committed by the Houthi terrorist militia against children in Yemen, and mount enough pressure on the Houthis to immediately stop their recruitment of children and using them in hostilities.

The Yemeni Under-Secretary for Political Affairs Dr. Mansour Bajash, had a meting with the Sweden's Special Envoy to Yemen Peter Semneby, it was reported Tuesday.

During the meeting, which took place Monday, they discussed the latest developments on the Yemeni arena, including the repercussions of the continuing military escalation of the Houthi militia.

For his part, the Sweden's special envoy to Yemen affirmed the continuation of efforts in cooperation with the international community to end the war and bring peace in Yemen, and provide humanitarian aid to alleviate the suffering of Yemeni people, renewing his country's support for the security, stability and unity of Yemen. — SPA

These were the details of the news Al-Eryani: Houthis' recruiting process of children in Yemen as unprecedented genocide for this day. We hope that we have succeeded by giving you the full details and information. To follow all our news, you can subscribe to the alerts system or to one of our different systems to provide you with all that is new.