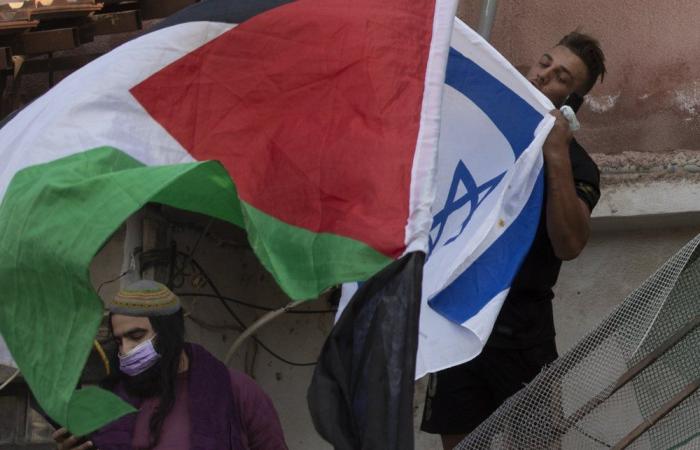 You are now following the details of the EXPLAINER: Jerusalem dispute could derail Palestinian vote news and now we leave you with the details

Mohamed Nass - Cairo - JERUSALEM (AP) — A dispute over voting in east Jerusalem is threatening to cancel or delay the first Palestinian elections in more than 15 years.

While President Mahmoud Abbas is vowing to hold the vote, Israeli restrictions on Palestinian voters in east Jerusalem could give him a pretext for calling off an election that appears increasingly likely to threaten his hold on power.

The Palestinians view east Jerusalem as the capital of their future state, and Abbas has said its residents cannot be excluded from parliamentary elections planned for May 22.

But the Palestinian Authority may need Israel’s permission for some 6,000 residents of the city to cast ballots. Israel considers all of Jerusalem to be its unified capital and bars the PA from operating in the city. It has yet to say whether it will allow voting in east Jerusalem but has signaled it will not agree to do so.

Those 6,000 voters are unlikely to affect the outcome of an election in which over 2.5 million Palestinians in the occupied West Bank and Gaza are eligible to vote. There might even be workarounds to allow them to cast ballots without Israeli permission.

But the issue holds great symbolic importance for Palestinian claims to the city and offers a pretext for Abbas to scrap elections in which his Fatah party is expected to lose power and influence. With the Islamic militant Hamas movement poised to make gains, Israel might also welcome any delay. Yet calling off the vote could inflame tensions in a city that has seen clashes in recent days, and could spark unrest elsewhere in the territories.

Here’s a look at what’s at stake:

A CITY ON EDGE

Israel captured east Jerusalem, the West Bank and Gaza, territories the Palestinians want for their future state, in the 1967 war. Israel annexed east Jerusalem shortly thereafter and views the entire city — along with its holy sites sacred to Jews, Muslims and Christians — as its unified capital.

The Palestinians view east Jerusalem as occupied territory, a position with wide international support. Palestinian residents are eligible for Israeli citizenship but most have rejected it so as not to legitimize Israel’s claims to the city. Those who do apply face a long and uncertain bureaucratic process.

Most of the 350,000 Palestinians in east Jerusalem have a form of permanent residency that allows them to travel freely, vote in local elections and collect Israeli social benefits. But it can be revoked for a number of reasons, including residing outside the city for an extended period. Israeli Jews born anywhere in Jerusalem are automatically granted full citizenship.

The fate of Jerusalem and its holy sites is one of the most explosive issues in the conflict, and the city has seen several waves of violence over the years. In recent days, Palestinians have clashed with Israeli police outside the Old City over barricades erected to prevent crowds from gathering during the Muslim month of Ramadan.

The planned elections were initially expected to be a contest between Abbas’ Fatah movement and his rivals in Hamas, which won a landslide victory in the last elections, held in 2006, and seized power in Gaza the following year.

But in recent weeks, Fatah has split into three rival lists, including one led by Marwan Barghouti, a popular leader of the second Palestinian uprising in the early 2000s who is serving five life sentences in an Israeli prison.

Polls point to a split Fatah vote that could leave the unified Hamas as the largest party in parliament. If Barghouti decides to run for president in a vote planned for July 31, he is expected to easily defeat Abbas.

Those results would likely spell the end of the 85-year-old Abbas’ political career and elevate a new leadership that Israel, the United States and the European Union view as terrorists.

East Jerusalem offers a way out for everyone.

Abbas could call off the elections, blaming Israel for refusing to allow voting in east Jerusalem. He could point to Israel’s brief detention of three candidates over the weekend.

Few Palestinians would argue for proceeding with elections that exclude east Jerusalem. Israel and the international community might quietly welcome the move as a way of avoiding the headache of another victory by Hamas, which refuses to recognize Israel’s right to exist.

Abbas has yet to give a clear signal of his intentions. In a speech Sunday night, he said “we are determined to hold elections on time in all the Palestinian areas in which we previously held them — namely, the West Bank, east Jerusalem and the Gaza Strip.”

But in a sign that a delay could be in the works, the Palestinian Central Elections Commission late Sunday said if Israel does not allow voting in east Jerusalem, it is “ready to implement any arrangements based on guidance from the Palestinian political leadership.”

The election commission says that, as with past elections, some 6,300 east Jerusalem residents would vote at post offices, which require Israeli permission to accept ballots. It says the rest of the roughly 150,000 eligible east Jerusalem voters could cast ballots on the outskirts of the city with or without Israel’s approval.

For those living in the city center, the Palestinians could either defy Israeli restrictions in a campaign of civil disobedience or set up voting booths inside the Al-Aqsa mosque compound, a holy site under Jordanian custodianship. Israel might be hesitant to crack down on such activities for fear of igniting tensions or being seen as preventing a free and fair election.

Less provocatively, the 6,300 Palestinians could potentially vote in the West Bank or on the other side of Israel’s separation barrier, territories to which east Jerusalem residents usually have free access. The Palestinians might also seek to use U.N. facilities in east Jerusalem.

Any move to cancel the elections — even over Jerusalem — could potentially backfire on Abbas, who has grown increasingly authoritarian and unpopular since his four-year presidential term expired in 2009. Canceling an election his party appears likely to lose could anger Palestinians and potentially spark violence among the rival factions.

FILE – In this Friday, April 16, 2021 file photo, a man kisses the Israeli flag as protesters wave the Palestinian flag at the front gate of a Palestinian home occupied by Israeli Jews during a demonstration against the forcible evictions of Palestinians from their homes in the Sheikh Jarrah neighborhood of Jerusalem. A dispute over Israeli restrictions on Palestinian voters in east Jerusalem is threatening to cancel or delay the first Palestinian elections in more than 15 years. (AP Photo/Maya Alleruzzo, File)

These were the details of the news EXPLAINER: Jerusalem dispute could derail Palestinian vote for this day. We hope that we have succeeded by giving you the full details and information. To follow all our news, you can subscribe to the alerts system or to one of our different systems to provide you with all that is new.