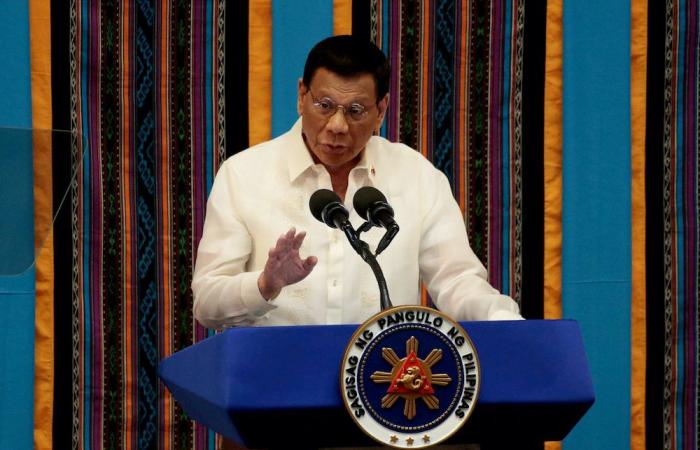 MANILA, April 20 — Philippine President Rodrigo Duterte said he is willing to deploy military ships to the South China Sea to assert the country’s claim over oil deposits in a contested part of the waterway.

Duterte, who has embraced China since taking power in 2016, has faced growing domestic criticism for his reluctance to confront Beijing over its activities in Philippine-claimed waters.

Tensions spiked last month after hundreds of Chinese vessels were detected at Whitsun Reef in the Spratly Islands, which are contested by several countries, including the Philippines and China.

Beijing has refused repeated demands by the Philippines to call back the ships, which Manila says are maritime militia vessels and China says are fishing boats.

“I’m not so much interested now in fishing. I don’t think there’s enough fish really to quarrel about,” Duterte said yesterday.

Duterte spoke the day after top military leadership rejected a rumour that a social media group involving members of the armed forces had demanded the president denounce China or they would no longer support him as their commander in chief.

Beijing asserts sovereignty over almost all of the waterway, which is believed to hold rich deposits of natural resources.

In 2016, a UN-backed tribunal rejected its claims. Beijing has ignored the ruling.

Duterte has repeatedly said conflict with China would be futile, and yesterday warned of “bloodshed” if the Philippines tried to take back the waters.

Renewed tension in the region has alarmed several countries.

The United States, a key military ally of the Philippines and its former colonial ruler, recently reminded China of its treaty obligations to Manila.

The dispute comes as the Philippines receives millions of doses of Covid-19 jabs from China’s Sinovac — many of them donated.

The jabs have underpinned the country’s inoculation efforts as it waits for the delivery of vaccines from Russia and the West. — AFP

These were the details of the news Philippines’ Duterte prepared to deploy navy over South China Sea claim for this day. We hope that we have succeeded by giving you the full details and information. To follow all our news, you can subscribe to the alerts system or to one of our different systems to provide you with all that is new.