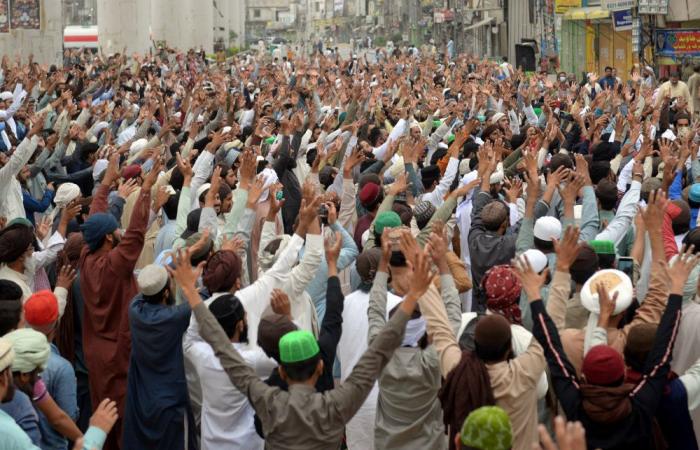 LAHORE, April 20 — Pakistan’s government will ask parliament to decide the fate of the French ambassador, apparently appeasing a radical Islamist party which had threatened more protests unless the envoy was expelled.

Interior Minister Sheikh Rashid Ahmed said today a resolution on the diplomat would be presented to the National Assembly — the lower house of parliament which next meets on Thursday — and that Tehreek-i-Labbaik Pakistan (TLP) had agreed to “call off its protest sit-ins from the entire country”.

Officials from the group were not immediately available to confirm the remarks.

The TLP has waged an anti-France campaign for months since President Emmanuel Macron defended the right of a satirical magazine to republish cartoons depicting the Prophet Muhammed — an act deemed blasphemous by many Muslims.

That campaign erupted into bloody violence last week following the arrest of the TLP leader after he called for a march on the capital to demand the French envoy’s expulsion.

Lahore police said at least six officers had been killed, while 11 others were held hostage for several hours at a TLP mosque — where hundreds of party supporters are still holed out.

The TLP says several of its supporters died in clashes.

The French embassy last week recommended all its citizens leave the country, and yesterday a source at the foreign ministry said Paris was recalling all non-essential staff and their families.

The Pakistan government banned the TLP on Wednesday — effectively labelling them a terror organisation — and police arrested thousands of protesters during clashes, but Rashid said no action would be taken against them.

“Cases registered — including those under the fourth schedule — will also be withdrawn,” he said, referring to charges that fall under anti-terror laws.

Prime Minister Imran Khan yesterday pleaded with the radical group to end its violent campaign to oust the ambassador, saying the unrest was harming the nation.

“It doesn’t make any difference to France,” he said in a recorded address shown on television.

“If we keep protesting our whole lives we would only be damaging our own country and it will not impact (the West).”

Still, calls for a nationwide strike in solidarity with the protesters were widely supported by mainstream religious groups in Lahore and Karachi yesterday, with many shops and markets closed and some transport services halted.

Few issues are as galvanising in Pakistan as blasphemy, and even the slightest suggestion of an insult to Islam can supercharge protests, incite lynchings, and unite the country’s warring political parties.

“I think the prime minister has realised that appeasing the radical forces isn’t an easy task because when you try to please them they demand more and more,” security analyst Amir Rana told AFP.

“So far he has failed to maintain the balance.”

“There is no doubt there is a bind,” said political analyst Mosharraf Zaidi. — AFP

These were the details of the news Pakistan’s parliament to decide fate of French ambassador after protests for this day. We hope that we have succeeded by giving you the full details and information. To follow all our news, you can subscribe to the alerts system or to one of our different systems to provide you with all that is new.