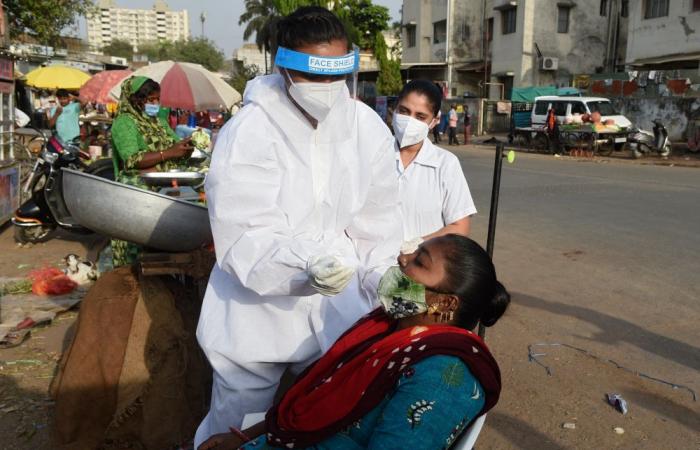 Hello and welcome to the details of India reports record daily Covid-19 death toll, many cities in lockdown and now with the details

BENGALURU, April 20 — India reported 1,761 deaths from Covid-19 overnight, its highest daily toll, with large parts of the country now under lockdown, as the country battles a second wave that has left people fighting for hospital beds, oxygen and medicines.

The world’s second most populous country is grappling with its biggest public health emergency after it lowered its guard when coronavirus infections fell to a multi-month low in February, health experts and officials say.

Today, the health ministry reported 259,170 new infections, the world’s highest daily rate. It has reported daily infections above the 200,000 mark for six days.

Total coronavirus cases in India are now at 15.32 million, second only to the United States.

Delhi, the capital city which has seen a surge in cases, began a six-day lockdown late yesterday that officials hope will slow the virus transmission and relieve the pressure on the health infrastructure.

People in Delhi and in towns of Uttar Pradesh, India’s most populous state, put out desperate calls for help on Twitter, asking for assistance getting their families into hospitals. Others reported dire shortage of oxygen and the anti-viral drug Remdesivir.

“(A) monumental tragedy of epic proportions is unfolding across India. No hospital beds, no oxygen, no vaccination,” said Manish Tewari, an opposition lawmaker, on Twitter.

India has lost 180,530 people to the disease, still quite a distance from the 567,538 deaths reported in the United States. But experts have warned that the official death toll does not reflect ground reality and that it could sharply rise as doctors struggle to cope with the pressure.

“The huge pressure on hospitals and the health system right now will mean that a good number who would have recovered had they been able to access hospital services may die simply because of this,” said Gautam I. Menon, a professor at Ashoka University.

Several major cities are already reporting far larger numbers of cremations and burials under coronavirus protocols than official Covid-19 death tolls, according to crematorium and cemetrey workers, the media and a review of government data.

Bhramar Mukherjee, a professor of biostatistics and epidemiology at the University of Michigan, said many parts of India were in “data denial”.

“Everything is so muddy,” she said. “It feels like nobody understands the situation very clearly, and that’s very irksome.”

Stung by criticism that the government had failed its people, Prime Minister Narendra Modi ordered vaccinations yesterday for anyone above the age of 18 to be given from May 1.

The administration said vaccine manufacturers would have to supply 50 per cent of doses to the federal government, and the rest to state governments and to the open market at a pre-declared price.

So far, 108.5 million people have received a first dose of the Covid-19 vaccine, according to a government portal, a small portion of India’s 1.3 billion population.

The US Centres for Disease Control and Protection has said all travel should be avoided to the country, while Britain said it will add India to its travel “red-list”. — Reuters

These were the details of the news India reports record daily Covid-19 death toll, many cities in lockdown for this day. We hope that we have succeeded by giving you the full details and information. To follow all our news, you can subscribe to the alerts system or to one of our different systems to provide you with all that is new.