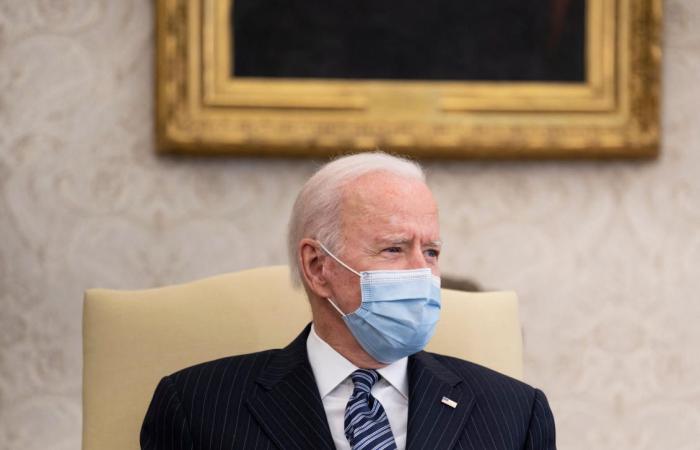 Thank you for reading the news about Cooperate despite ‘genocide’? Biden tests ties with China, Russia and now with the details

Jeddah - Yasmine El Tohamy - MANILA: The Philippines on Monday continued to record a spike in COVID-19 infections, with officials at a state-run hospital in Quezon City comparing the crisis to a “war zone” as health facilities across the country struggled to deal with an influx of patients.

The country registered 9,628 new infections on Monday, despite the government placing its capital Metro Manila region and four surrounding provinces under one of the strictest lockdown levels in March to tackle the surge.

“It’s like a war zone now,” healthcare worker John M. told Arab News on Monday, as he described scenes at his hospital of patients on a stretcher or a folding bed and lying in the hallway.

“This has never happened before. It’s because of an influx of COVID patients. Also, we do not refuse patients that are brought to the facility,” said John, who asked for his name to be changed as he was not authorized to speak to the media.

The Department of Health said that Monday’s infections brought the nationwide tally to 945,745.

Since the March spike, several hospitals said they had been running at full capacity for COVID-19 patients, some of whom had to wait for several days to be admitted or drive from one hospital to another to seek treatment.

The state-run Philippine General Hospital (PGH), the largest COVID-19 referral facility in the country, had “a lot” of patients on the waiting list.

“They’re already full, and we have a lot of wait-listed patients,” Dr. Joel Santiaguel, a fellow at the PGH pulmonary department, told Arab News.

Santiaguel said that, compared to last year when a patient referred to the PGH could get easily admitted, patients now needed to wait for several days or be moved to the ER in case of an emergency. “But that too takes time.”

Several hospitals said they had been running at full capacity for COVID-19 patients, some of whom had to wait for several days to be admitted or drive from one hospital to another to seek treatment.

He also cited how ambulances were working overtime to rush critical patients to hospitals, with a long queue of them parked outside PGH.

Santiaguel traced the crisis back to the second or third week of March, saying the PGH was never crowded with COVID-19 patients before then. He had also heard about some patients desperately searching for bed space to get admission into the ER.

“We used to see around 20 patients per day, but starting from March until now, we are attending to 70 patients per day. There are no beds available, so patients go to at least six to eight hospitals to find space in the ER or wait at the tent of the ER (for space to open up).”

Some patients died while waiting for their turn.

John said such stories were not limited to patients, with a nurse at his facility who tested positive for coronavirus also forced to wait on a “folding bed in the hallway of the hospital for a vacant room or bed.”

The hospital where he works has two five-story buildings for COVID-19 patients, with each floor able to accommodate 50 patients.

“All the rooms are currently occupied. Earlier, we would admit one person per room. Now we are forced to take two per room.”

According to the Department of Health, the utilization rate of COVID-19 beds remains high in the Metro Manila region, with beds in 700 of its intensive care units (ICU) reporting 84 percent occupancy, while 3,800 isolation beds were at a 63 percent occupancy rate, 2,200 ward beds at 70 percent, and ventilators at 61 percent.

In his televised address to the nation last week, President Rodrigo Duterte warned of more COVID-19 deaths due to the lack of vaccine supply.

“Until now, the word is unavailable. Unavailable because there’s no sufficient supply to inoculate the world. This will take long. I tell you, many more will die because of this. I just can’t say who.”

On Monday, however, Duterte’s spokesperson Harry Roque said the number of COVID-19 cases in a few Metro Manila cities had started to go down in recent days, partly due to the intensified implementation of the Prevent-Detect-Isolate-Treat-Reintegrate (PDITR) strategy.

He said that while there was only a slight decrease it was “still proof” that the PDTIR initiative was working.

He added that the results of the lockdown in Manila and its surrounding provinces would be seen after three to four weeks.

In a press briefing at the weekend, Health Undersecretary Maria Rosario Vergeire said the department was stepping up its efforts to expand the health system.

“The most important thing for us now is, even though numbers will rise, to have enough healthcare capacity to accommodate patients, especially those who need hospital care or who need quarantine care. We are expanding (the number of) beds, talking with our local governments to intensify our response.”

She also expressed hope that cases would decline in the coming days and that hospitals in Metro Manila would be decongested.

These were the details of the news Cooperate despite ‘genocide’? Biden tests ties with China, Russia for this day. We hope that we have succeeded by giving you the full details and information. To follow all our news, you can subscribe to the alerts system or to one of our different systems to provide you with all that is new.

NEXT The United Nations remembers the dead of WWII