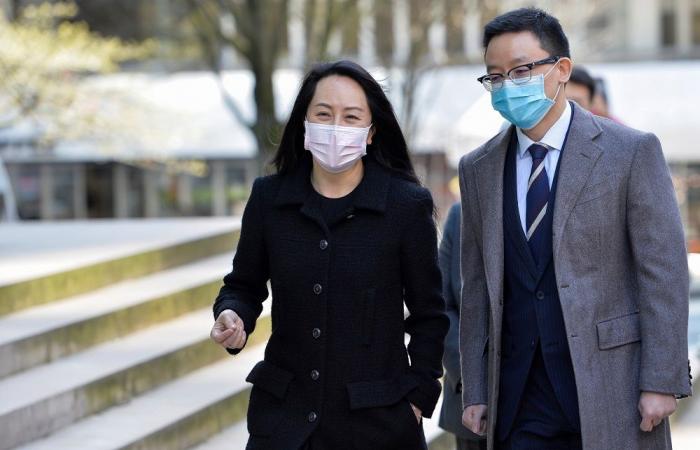 Chief financial officer Meng — whose father is the company’s founder and CEO Ren Zhengfei — is fighting extradition to the United States, where she faces charges of bank fraud and conspiracy related to a Huawei subsidiary’s alleged violations of US sanctions on Iran.

Her lawyers asked that the case, which was due to resume at the end of April, be pushed to August 3, so they can review evidence they say could help show US authorities misled Canadian authorities about Meng’s alleged crimes.

Huawei won an April 12 court ruling in Hong Kong to obtain records from HSBC, the investment bank at the heart of Meng’s extradition and fraud prosecution. The company had previously failed to get the documents from a court in the UK, where HSBC is headquartered.

“An adjournment of these extradition proceedings is necessary to provide (Meng) with the opportunity to obtain, review, assess, and, if justified, seek to introduce relevant evidence,” her lawyers argued in documents released ahead of a Monday court appearance.

But lawyers for the Canadian government, acting at the request of the US, dismissed Meng’s accusations, calling the new application “unsubstantiated allegations” and an effort to inappropriately stretch out their case.

“It is the latest in a series of attempts to turn these proceedings into a trial that should properly take place in the (United States),” the Canadian attorney general argued in response. “It rests on unsubstantiated allegations... vigorously denied by the prosecution.

“The alleged need to gather information in Hong Kong is not based on any objective evidence that the documents obtained would be relevant or admissible in this proceeding.”

Unless the judge grants an extension in the case — which Meng hopes to see adjourned until August 3 — the final round of extradition hearings were scheduled to resume on April 26 and end May 14, barring any appeals.

The case has dragged on for nearly two and a half years since Meng’s December 2018 arrest on a US warrant during a Canadian airport stopover.

She has been under nighttime house arrest in her Vancouver mansion, supervised by guards at all times, and required to wear a wireless tracking device.

Meng is accused in the United States of defrauding HSBC by falsely misrepresenting links between Huawei and former subsidiary Skycom, which sold telecoms equipment to Iran in violation of US sanctions.

They disappeared into authoritarian China’s opaque legal system and were recently tried in secret for espionage with a verdict yet to be announced.

Chinese officials have given conflicting messages on the detentions, denying the move was retaliation but also making it clear that the two Canadians’ fates are tied to that of Meng.

Kovrig and Spavor have had almost no contact with the outside world since their detention, and virtual consular visits only resumed in October after a nine-month hiatus that authorities said was due to the coronavirus pandemic. — AFP

These were the details of the news Huawei exec seeks months-long delay in US case for this day. We hope that we have succeeded by giving you the full details and information. To follow all our news, you can subscribe to the alerts system or to one of our different systems to provide you with all that is new.