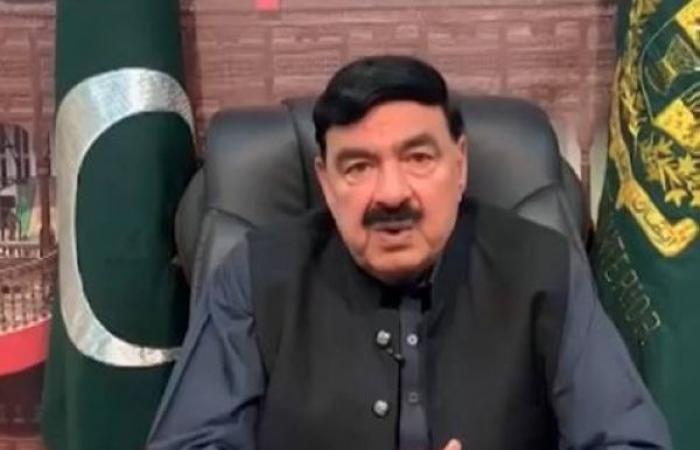 Hind Al Soulia - Riyadh - LAHORE — Eleven Pakistani police officers seized by supporters of the proscribed Tehreek-i-Labbaik Pakistan (TLP) as part of their campaign to get the French ambassador expelled have been released, the interior minister said Monday.

Interior Minister Sheikh Rashid Ahmed said the police had been released early Monday after "negotiations" with the TLP, which the government banned last week after effectively labeling it a terrorist organization, according to AFP report.

The officers were grabbed as hostages Sunday by supporters of the Tehreek-e-Labbaik Pakistan (TLP) during violent protests in Lahore. The officers had been held at a TLP mosque stronghold in Lahore, which is now packed with supporters and surrounded by police.

"Talks have started with the TLP. The first round went well and the second round will take place after sehri," Rashid said in a video message. "They have released 11 policemen who were made hostages and have gone into the Rehmatul Lil Alameen Mosque [Yateem Khana Chowk]. The police have also stepped back."

The TLP workers had four demands they put forth; the expulsion of the French ambassador, the release of party chief Saad Rizvi, the removal of the ban on the party and the release of activists arrested as well as the FIRs against them to be revoked.

Regarding the first demand, the government said that it would take the matter to parliament. However, the government asked for time when it came to the TLP's demands to release Rizvi, take back the FIRs and lift the ban on the party.

Previously the TLP had set an April 20 deadline for the expulsion of the French ambassador.

The group has been behind an anti-France campaign for months since President Emmanuel Macron defended the right of Charlie Hebdo magazine to republish cartoons depicting the Prophet Muhammad — an act deemed blasphemous by Muslims.

Meanwhile, Mufti Muneebur Rehman, former chairman of the Ruet-i-Hilal Committee, late Sunday announced a nationwide strike against the government's handling of the situation in Lahore and asked that businesses remain closed on Monday. He also appealed to all political parties to support the strike call.

Addressing a press conference, Muneeb demanded that the ban imposed on the TLP earlier this week be lifted and the arrested workers of the party be released.

"Until now, we have remained calm so that the government may come to its senses, but that does not seem to be happening," he said, demanding that all arrested activists be granted bail on personal surety and all FIRs against them be canceled.

Earlier on Sunday, Punjab police said the violence occurred after "miscreants" — an apparent reference to TLP workers — attacked a police station and abducted the DSP, adding that it acted only in "self-defense".

"Today in the early morning, miscreants attacked Nawankot Police Station where Rangers and Police officers were trapped inside the police station and DSP Nawankot kidnapped and taken to the markaz," the police said in a statement, referring to the TLP headquarters.

It added "at least one oil tanker with 50,000 liters of petrol has been taken by the miscreants to the markaz."

Meanwhile, at least three protesters were killed and several others injured during the clash, according to the party's workers.

A TLP spokesperson said the clash started when police launched an operation to clear the area around Lahore's Yateem Khana Chowk, where workers of the banned party have been staging a protest since earlier this week.

In a video message, TLP spokesperson Shafiq Ameeni said that "[We] will bury [those killed] when the French ambassador exits the country and our agreement (with the government) is implemented."

The Dawn report said, videos on social media showed people carrying away the injured and tending to them.

TLP workers wielding sticks and stones also climbed atop the Orange Line Metro Train, while speeches were being made through the area mosque to call people for support, according to the city police spokesperson.

An AFP reporter at the scene said police used tear gas against stone-throwing protesters. Roads leading to the TLP headquarters near Yateem Khana Chowk have been blocked.

Still, supporters of banned TLP have been sharing videos on social media of what they said were clashes on Sunday with police, and hashtags supporting the group were trending in Pakistan on Sunday.

Commenting on the violence, Information Minister Fawad Chaudhry said the government "believes in negotiations but will not be blackmailed".

He said the operation in Lahore was launched after police and Rangers personnel were abducted. "The state was not blackmailed by [the] banned armed group," Chaudhry was quoted as saying on Twitter.

The TLP was formally banned by the federal government earlier this week after its supporters staged three days of violent protests across the country, resulting in deaths and injuries to several policemen.

On Saturday Prime Minister Imran Khan said the group had been banned because it "challenged the writ of the state and used street violence & attacking the public & law enforcers."

The National Counter Terrorism Authority had also swiftly added the TLP to the list of banned terrorist organizations taking the total number of such outfits to 79.

These were the details of the news Pakistan party frees 11 police hostages after protests for this day. We hope that we have succeeded by giving you the full details and information. To follow all our news, you can subscribe to the alerts system or to one of our different systems to provide you with all that is new.