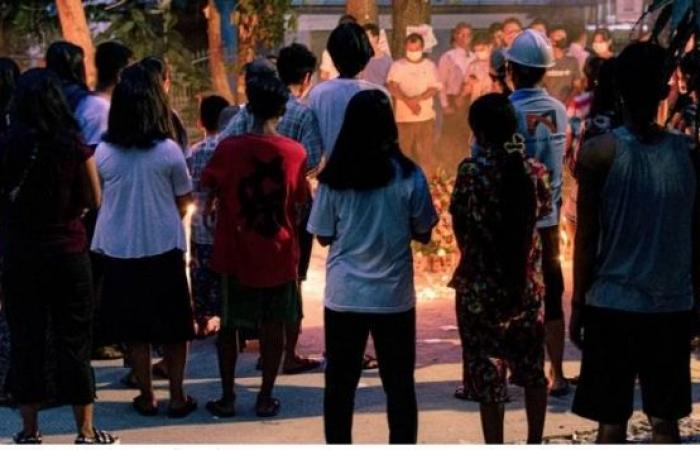 Hind Al Soulia - Riyadh - GENEVA — UN Secretary-General António Guterres called on Monday for leaders in Asia to bolster efforts towards finding a peaceful solution to the bloody crisis in Myanmar, sparked by the military coup in February.

Speaking during a Security Council meeting on cooperation between the UN and regional and sub-regional organizations, he highlighted the relationship with the Association of Southeast Asian Nations (ASEAN), underlining the bloc’s important role in diplomacy, conflict prevention and peacebuilding.

“Today, ASEAN’s role is more crucial than ever as the region faces an urgent crisis in Myanmar,” Guterres said. “I have repeatedly called on the international community to work, collectively and through bilateral channels, to help bring an end to the violence and the repression by the military.”

In this regard, UN cooperation with ASEAN is vital, the secretary-general said, as the situation requires a robust international response grounded in a unified regional effort.

“I urge regional actors to leverage their influence to prevent further deterioration and, ultimately, find a peaceful way out of this catastrophe.”

Guterres told ambassadors that his Special Envoy for Myanmar, Christine Schraner Burgener, is in the region and stands ready to resume dialogue with the military and others, “and to contribute to a return of Myanmar to the democratic path, and to peace and stability.”

In a post last Tuesday marking the Burmese New Year, Thingyan, she wrote, “Thingyan should be a celebration of joy, but unfortunately there is nothing to celebrate in Myanmar. I hope it is true that sprinkling water washes away sins. So many sins have been committed since 1st February. I hope to celebrate Thingyan with all released again in the future.”

The Security Council debate, held online, focused on an issue, which the secretary-general said has been a key priority since he took office four years ago.

Cooperation between the UN and regional and sub-regional organizations has “grown exponentially” since its founding in 1945, he said, encompassing areas that include preventive diplomacy, mediation, counterterrorism, peacekeeping and promoting human rights, but also combating climate change and now the COVID-19 pandemic.

Guterres provided examples of this partnership across several continents, showcasing how working together can support countries to manage complex political transitions and find sustainable solutions to political challenges.

In Sudan, for example, the UN supported the African Union (AU) and Ethiopia in facilitating negotiations, which led to the establishment of the transitional government.

Multilateralism the only way

“As we continue to support Sudan in its efforts towards democratic governance and an inclusive society, our collaboration remains essential,” he said.

The secretary-general said strengthening UN partnerships with regional and sub-regional organizations is integral to his vision for “a networked multilateralism”.

Despite the pandemic, he convened heads of regional organizations for a virtual dialogue last November, to shore up collaboration during crises.

“I am committed to pursuing an even closer engagement to promote confidence-building and dialogue, in conflict prevention, management and resolution”, he said.

“We can only address our world’s current and future challenges, including those exposed and heightened by COVID-19, through ambitious and coordinated multilateral action.” UN News

These were the details of the news UN chief highlights key role of Asian regional bloc in ending Myanmar crisis for this day. We hope that we have succeeded by giving you the full details and information. To follow all our news, you can subscribe to the alerts system or to one of our different systems to provide you with all that is new.