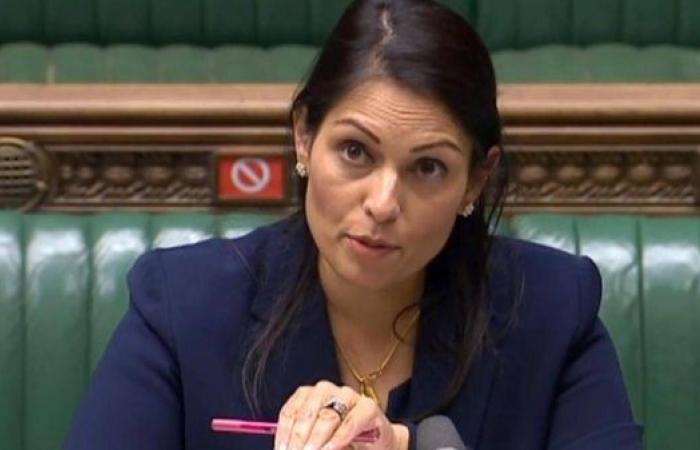 The group, formed in 2015, has been linked to several murders and terror plots.

In a press statement, the UK government said that Home Secretary Priti Patel has moved on Monday to outlaw the white supremacist group, Atomwaffen Division, and list National Socialist Order as its alias.

The UK home secretary has asked parliament to proscribe Atomwaffen Division, which is a predominantly US-based white supremacist group that celebrates and promotes the use of violence in order to bring about a fascist, white ethnostate by means of a “race war”.

This will make it a criminal offense to be a member of, or invite support for the group, with those found guilty facing up to 10 years in prison. Through the Counter-Terrorism and Sentencing Bill, which will shortly receive Royal Assent, we are increasing this to 14 years.

Atomwaffen Division claimed it had disbanded in March 2020 following pressure from US law enforcement agencies, but in July 2020, National Socialist Order announced itself online as its ‘successor’. The government assesses that it is the same group operating under a different name but adhering to the same twisted ideology as it did when it was called Atomwaffen Division.

Commenting on the move, the home secretary said: “Vile and racist white supremacist groups like this exist to spread hate, sow division and advocate the use of violence to further their sick ideologies.”

“I will do all I can to protect young and vulnerable people from being radicalized which is why I am taking action to proscribe this dangerous group, Patel added.

Calling Atomwaffen Division a terrorist group, the home secretary said it has inspired other loosely affiliated groups abroad, including Feuerkrieg Division, which the UK proscribed as a terrorist organization in July 2020.

White supremacist groups continue to pose threats to the UK’s national security and the move will help reduce them.

“Proscribing Atomwaffen Division and listing National Socialist Order as its alias will support the police in their work to disrupt the threat that these white supremacist groups continue to pose to the UK’s national security, including by supporting efforts to remove online content associated with the group.”

Patel said that the decision to proscribe the group follows a meeting of the Proscription Review Group, which brings together representatives from operational partners, the intelligence community and other experts from across the government to assess the risk posed by groups that may be considered for proscription.

The proscription order laid in Parliament on Monday will now be debated and, subject to approval, will come into force later this week, she added. — Agencies

These were the details of the news UK to ban US-based neo-Nazi group as terrorist organization for this day. We hope that we have succeeded by giving you the full details and information. To follow all our news, you can subscribe to the alerts system or to one of our different systems to provide you with all that is new.