UAE Flag Balloon to be launched in November 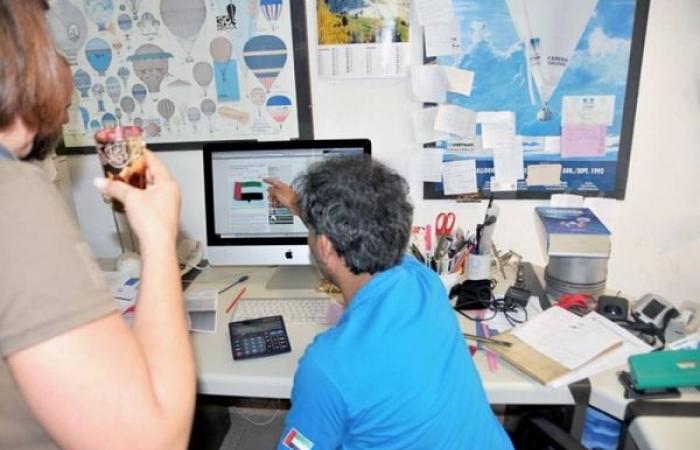 Hind Al Soulia - Riyadh - SHARJAH — The UAE Balloon Team revealed that the countdown has begun for the launch of the "UAE Flag Balloon" next November, as part of the celebration of the 50th anniversary of the establishment of the UAE federation.

The balloon will perform regional and global tours until March 2022, starting from the capital, Abu Dhabi.

The team is currently designing its website, to enable the local and international public to explore the journey of the balloon that started over 18 years ago carrying the slogan, "The World Will Not Forget You, Zayed," to commemorate the memory of the Founding Father, the late Sheikh Zayed Bin Sultan Al Nahyan.

Capt. Pilot Abdulaziz Nasser Al Mansoori, UAE Balloon Team president, who has won many regional and international prizes and was honored by the leaders of many Arab and international countries, expressed his pride in flying the leadership’s balloons both locally and globally, stressing that participating in the UAE's 50th anniversary is a national duty and highlights the significant work of the country’s leadership over the past 50 years.

Capt. Russel Clack, technical supervisor of the UAE Balloon, said that the Flag Balloon's journey will comprise the launch of the first "Middle East Balloons Festivals," adding and that the balloon will pass through several Arab countries, as well as Israel, Sudan and Morocco.

He also noted that several international teams would present an artwork promoting peace in the skies of these countries, as a message of peace and to call for the rejection of violence and the embrace of peace and coexistence.

Clack explained that several items of technical equipment were specifically manufactured for the UAE Flag Balloon, given its large size equivalent to a seven-floor commercial building. — WAM

These were the details of the news UAE Flag Balloon to be launched in November for this day. We hope that we have succeeded by giving you the full details and information. To follow all our news, you can subscribe to the alerts system or to one of our different systems to provide you with all that is new.