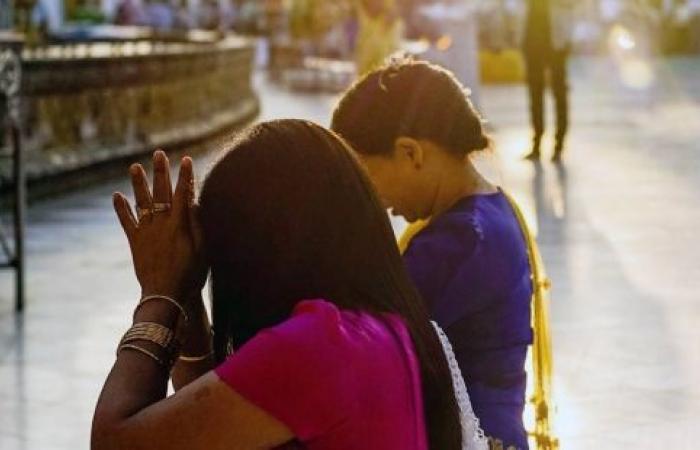 We show you our most important and recent visitors news details Stand with Myanmar people and protect them, urges UN rights expert in the following article

Hind Al Soulia - Riyadh - YANGON — The international community has a responsibility to protect the people of Myanmar, under attack from their own military, the UN independent human rights expert on the country argues, in the second part of our in-depth interview, calling also for refuge to be given to those who have fled for their lives to neighboring countries.

Over 700 people are reported to have been killed in the crackdown on peaceful protesters by security forces since the military takeover on Feb. 1. There are also reports that several hundred people have fled areas hit hard by violence, including many who have sought refuge in neighboring countries.

Tom Andrews, UN Special Rapporteur on the situation of human rights in Myanmar, highlights the need for neighboring countries to protect and care for those who arrive on their borders.

“The responsibility to protect means preparing for the refugee crisis, that if things continue the way they are, will be inevitable...we need to be sure that the bordering countries respect people’s fundamental right to enter their country those who are literally running for their lives from this brutality.”

“And I think the international community needs to support those countries in their care of the refugees. This is all part of the responsibility to protect approach,” he added.

In part two of this extensive UN News interview, the Special Rapporteur addresses the responsibility to protect the people of Myanmar from violence, and his hopes for the country’s future.

UN News: There have been a lot of calls by the people of Myanmar for the responsibility to protect, what is your opinion regarding these calls ... is R2P a possibility that should be explored under the current circumstances? Or is it too drastic or unrealistic?

So, according to the responsibility to protect, the international community, therefore, has a responsibility to do what it can to protect the lives of innocent people in countries that are unable or unwilling to do so, or are in fact attacking them.

The international community has a responsibility to do what it can to protect innocent people in countries that are unable or unwilling, or are in fact are attacking them

I think that is definitely appropriate, this is exactly the situation in which we do have a responsibility to protect. And Chapter VII [of the UN Charter, by which the Council can use force]; using this is one of the reasons that the Security Council exists, to engage in just this kind of emergency.

R2P means going in to protect, in the best way possible. We need to look at options within certain parameters. Options that have the most potent impact on the junta, but also, that will have the minimum negative impact on the people. Protect the people of Myanmar.

And I am afraid that any kind of military intervention would lead to a massive loss of life.

Already the military has been making up stories about what it is facing. From the very outset, it said that it is using utmost restraint — its language — to contend with violent protests, but we saw nothing of the kind. We saw increasing violence and increasing brutality by the military. And we saw very peaceful, unarmed protesters.

And that is also the reason why information has been cut off, the reason the junta is doing everything possible to cut off the flow of information is because it was finding that its appeals to the world to not believe our own but believe its propaganda — was not working.

With this incredible civil disobedience movement that we are seeing across the country, this powerful, creative, tenacious movement in which people are using a range of ingenious tactics, including civil disobedience, boycotts of businesses owned by the military.

That is extremely powerful and it has generated great admiration and respect for the people [of Myanmar] from the world.

So, it would be a mistake if, in fact, this became a full military confrontation. I think that the brutality unleashed would be even more horrific than what we are seeing now. It would be a significant increase in the loss of innocent lives, and that needs to be avoided.

I understand, listen, if my wife, my child, my brother or sister were killed, murdered by this regime, I too, would want revenge. That would be my instinct. I totally understand where people are coming from, but it would be, in my view, a mistake, a very grave mistake, and I am hopeful that it will not come to that.

UN News: So R2P yes, but military intervention no?

Special Rapporteur: Yes, that is correct.

UN News: What other forms of R2P, then?

Special Rapporteur: What we are seeing right now, but in a much more focused, much more significant way. I would like to see there be a summit of countries who are willing to take action, in which they could work together to link up their actions, so that they are coherent, clear, and linked together. That would be extremely important.

And the diplomatic initiatives, increasing the isolation of the junta, working more closely with the CRPH [the Committee Representing Pyidaungsu Hluttaw, in effect, representatives and lawmakers exiled by the military], civil disobedience movement, others who are trying to truly protect and defend the country, rather than attacking it.

Responsibility to project means preparing for the refugee crisis, which will be inevitable if things continue the way they are

There needs to be a significant increase in humanitarian aid, and it should not go through the junta certainly they will just steal it, but channeled through International NGOs and CSOs (Civil Society Organizations) on the ground.

And R2P means preparing for the refugee crisis, which will be inevitable if things continue the way they are.

We have already seen people heading to the border. I think we need to be sure that the neighboring countries respect people’s fundamental right to enter their country, as they are literally running for their lives from this brutality. They need to protect them, care for them. And the international community needs to support those countries in caring for the refugees.

That is all part of the responsibility to protect or R2P approach.

UN News: What do you think will happen next for Myanmar, will the military regime take hold, will the people win the battle on the street, or will there be something in between?

I must admit I am not good at predictions. My prediction was, when people ask me, would there be a coup, before the coup, I said, no, I said the generals wrote the constitution, they are not going to overthrow their own constitution, they have enormous control and power and wealth and so forth. So put what I am saying into that context.

But the coup has failed. The junta has failed to wrestle control of the country. The thousands and thousands of civil servants are on strike. The economy has been devastated by the civil disobedience movement and strikes across the country.

Opposition to the junta is deep and widespread. I have never seen anything like it, it is unified the country to a degree that I have never seen, people of all ages, all ethnicities, all social and economic groups, united in opposition.

I think that the opposition will prevail ... but it will be extremely challenging ... I am afraid there are going to be many dark days before there is light

Then the leadership — the young people that are in the front lines of this movement have shown incredible, courage, tenacity and creativity, with their various approaches, in their efforts to save the country.

So I think that the opposition will prevail. I predict it is going to be extremely challenging. I am afraid that there are going to be many dark days before there is light. But the military junta has no respect or credibility within the country.

All the junta have, are the guns, that is all they have. And I think people recognize them as a criminal gang, a criminal enterprise that is robbing, murdering and terrorizing the people, hoping that this escalation of terror and murder will somehow subjugate the people eventually. But it is having just the opposite effect. It is making people even more resolved to not let this stand.

So the important thing, I think, in terms of looking forward, is to do everything we can, working, supporting the people inside the country, the true patriots of Myanmar who are trying to defend the country, with the international community to support them in every way that we can and to stand with them.

For, No. 1, stopping the violence and the killing. And No. 2, release the prisoners, including the hostages that were taken, elected leaders of the country, that they be released, and then, to stand down from this illegal act.

UN News: So you still have faith.

These were the details of the news Stand with Myanmar people and protect them, urges UN rights expert for this day. We hope that we have succeeded by giving you the full details and information. To follow all our news, you can subscribe to the alerts system or to one of our different systems to provide you with all that is new.