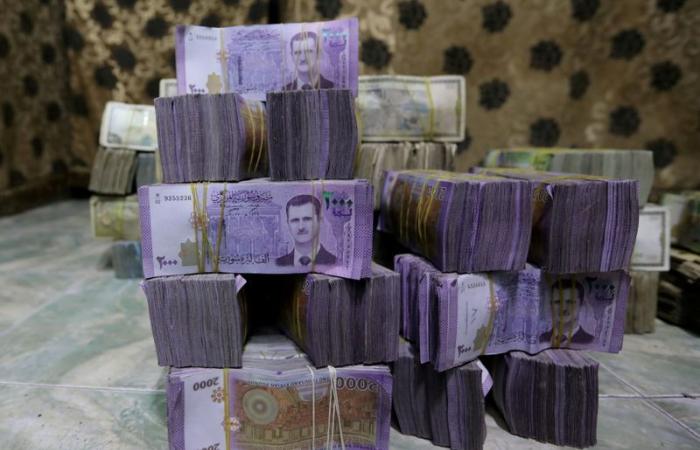 Mohamed Nass - Cairo - AMMAN (Reuters) – Syria’s currency rose on Sunday in the first day of trading after the central bank raised the official price to attract foreign transfers and capital inflows from Syrian expatriates away from the black market, dealers said.

They said the pound was trading around 2,990 to the dollar on Sunday, its strongest level since late December.

Traders said sentiment had improved after Syria raised its official exchange rate on Thursday to 2,512 to the dollar from 1,256, bringing it closer to informal market rates.

The improved rate will encourage transfers by Syrian expatriates through licensed banks rather than the black market, where most foreign exchange dealing is done, bankers said.

Bankers said the market was also reacting positively to an apparent reversal of some of the restrictive policies that brought the sudden sacking of central bank governor Hazem Karfoul last week.

The pound briefly hit a record 4,700 per dollar last month before strict capital controls and a crackdown on exchange dealers, where millions of dollars allegedly used in black market speculation were confiscated, helped to stabilise it.

There were also tighter controls on bank withdrawals and internal transfers and restrictions on movement of cash around the country, to stop dollar hoarding.

Banks and businesses said the measures had choked interbank liquidity and pushed depositors to hoard cash at home.

After Karfoul was fired, bankers said the government had given the second deputy governor, Issam Hazima, a French-educated professor and member of Syria’s securities commission, the authority of the central bank governor.

Syria’s economy, crippled by war, is increasingly dollarised as people try to protect themselves against currency depreciation and inflation.

The collapse of the pound has driven up inflation and aggravated hardship as Syrians struggle to buy food, power and other basics.

These were the details of the news Syrian pound improves after central bank raises exchange rate for this day. We hope that we have succeeded by giving you the full details and information. To follow all our news, you can subscribe to the alerts system or to one of our different systems to provide you with all that is new.