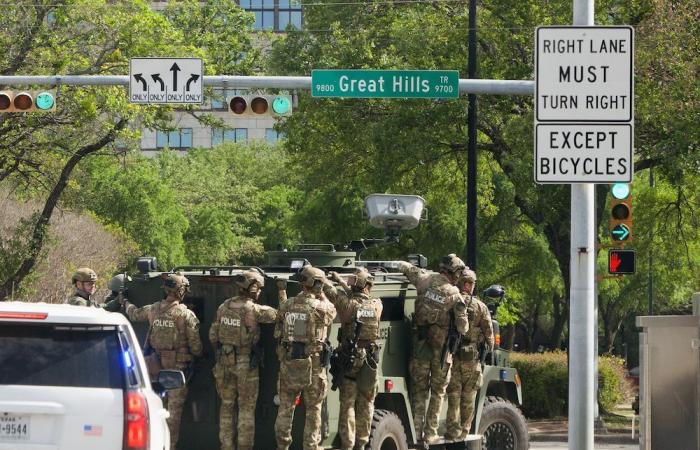 AUSTIN, April 19 — Police in Austin, Texas, were searching on Sunday for a former deputy sheriff wanted in connection with the fatal shooting of three people at an apartment complex earlier in the day.

The slayings, which followed a spate of mass shootings in the United States, drew a large emergency response, as officers raced to the neighbourhood and locked down the surrounding area, which includes a popular shopping complex.

Authorities lifted the shelter-in-place order on Sunday afternoon after determining that the incident was domestic in nature, rather than an active shooter situation, and launched a manhunt for the suspect.

Joseph Chacon, Austin’s interim police chief, identified the suspected gunman as 41-year-old Stephen Broderick, a former detective for the Travis County Sheriff’s Office, which is based in Austin, the state capital.

Last June, Broderick was placed on administrative leave after being charged with sexual assault of a child, local media reported at the time.

Two women and a man were killed shortly before noon CDT, Chacon said.

“This appears to be a domestic incident, and the victims were all known to our suspect,” Chacon said, but added that Broderick should nevertheless be considered “armed and very much dangerous.”

Chacon said investigators had exhausted several tips but had been unable to locate Broderick. — Reuters

These were the details of the news Police in Texas hunting former deputy sheriff after triple homicide for this day. We hope that we have succeeded by giving you the full details and information. To follow all our news, you can subscribe to the alerts system or to one of our different systems to provide you with all that is new.