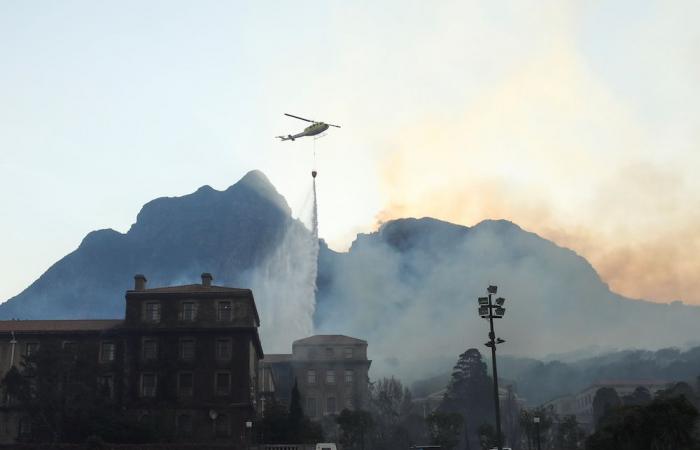 JOHANNESBURG, April 19 — At least one firefighter has been injured as emergency services fight to contain a fire that broke out Sunday in the foothills of Cape Town’s landmark Table Mountain, city authorities said Sunday.

The blaze, has already destroyed a restaurant alongside a statue of British colonial icon Cecil Rhodes, AFP journalists reported from the scene.

As strong winds fanned the blaze, hundreds of University of Cape Town students had to flee their dormitories on foot along the main road as their library burned.

Cape Town’s mayor Dan Plato said at least one firefighter was being treated for burns in hospital.

Private homes and historical structures such as the Mostert’s Hill windmill had been damaged in the fire, said a statement from the city authorities.

Table Mountain National Park, which spreads over much of the city’s unbuilt area, called on social media for hikers to leave the area and for motorists to remove cars parked in the vicinity.

Three helicopters joined the fight, dumping water on the inferno, they added. — AFP

These were the details of the news Fire rages on foothills of Cape Town’s Table Mountain for this day. We hope that we have succeeded by giving you the full details and information. To follow all our news, you can subscribe to the alerts system or to one of our different systems to provide you with all that is new.