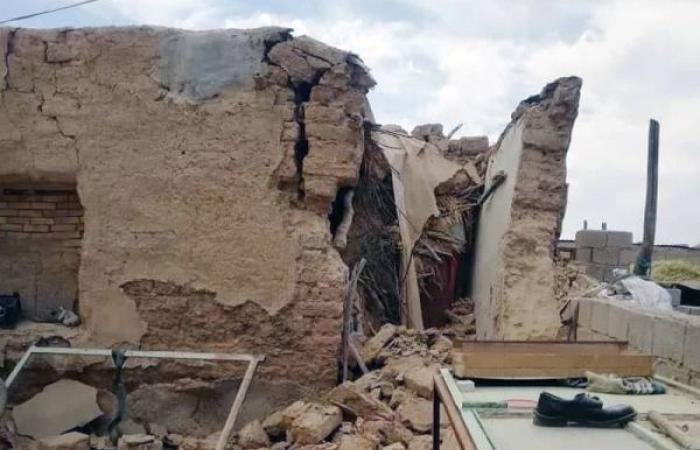 We show you our most important and recent visitors news details 5.9-magnitude quake jolts Iran’s Bandar Genaveh port city in the following article

Hind Al Soulia - Riyadh - TEHRAN — An earthquake of a magnitude of 5.9 degrees on the Richter scale struck the port city of Bandar Genaveh in Bushehr province, southwestern Iran, local authorities said on Sunday.

At 11.11 a.m., local time, the earthquake occurred with a depth of 10 kilometers, without yet any reports of casualties, the Iranian Seismological Centre affiliated with the University of Tehran said in a statement.

The people in the city of Shiraz, adjacent to the Bushehr province, felt the jolt severely, the statement added.

The earthquake of magnitude 5.8 in the morning on Sunday Bandar Genāveh, was reported by the German Research Centre for Geosciences (GFZ).

According to preliminary data, the quake was located at a shallow depth of 10 km. Shallow earthquakes are felt more strongly than deeper ones as they are closer to the surface.

A second report was later issued by France's Réseau National de Surveillance Sismique (RéNaSS), which listed it as a magnitude 5.9 earthquake. A third agency, the European-Mediterranean Seismological Centre (EMSC), reported the same quake at magnitude 5.7.

Based on the preliminary seismic data, the quake should have been widely felt by almost everyone in the area of the epicenter. It might have caused light to moderate damage.

State TV shared mobile phone pictures of collapsed walls and cracked homes in the area of the port city of Bandar Genaveh, the temblor’s epicenter.

Three aftershocks of a magnitude 4 followed the initial quake, the report said. The US Geological Survey called the initial temblor a 5.8 magnitude earthquake. It said its depth was 10 kilometers (6.2 miles).

The quake was some 100 kilometers (60 miles) from Iran’s Bushehr nuclear power plant. There was no immediate report on the plant, though the facility was constructed to withstand earthquakes up to magnitude 8.

Iran is on major seismic faults and experiences one earthquake a day on average. In 2003, a magnitude 6.6 earthquake flattened the historic city of Bam, killing 26,000 people.

A magnitude 7 earthquake that struck western Iran in 2017 killed more than 600 people and injured more than 9,000. — Agencies

These were the details of the news 5.9-magnitude quake jolts Iran’s Bandar Genaveh port city for this day. We hope that we have succeeded by giving you the full details and information. To follow all our news, you can subscribe to the alerts system or to one of our different systems to provide you with all that is new.