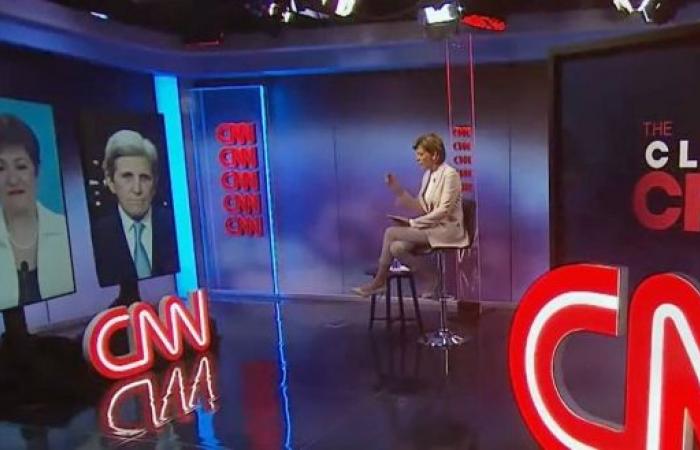 We show you our most important and recent visitors news details Green transformation will rival industrial revolution: US climate envoy in the following article

Hind Al Soulia - Riyadh - NEW YORK — The transition to a global economic model, which will slow down climate change and create jobs will be the “biggest economic transformation since the industrial revolution” according to John Kerry, the US climate envoy.

Kerry expressed the view in a discussion with Kristalina Georgieva, the head of the International Monetary Fund as part of the 2021 Spring meetings of the IMF and World Bank.

They agreed that a “green and resilient recovery” from the COVID-19 pandemic is possible but economic growth globally is likely to be slow and uneven.

‘No bank will fund a new coal plant’

John Kerry: There are many ways that we can address the climate challenge in America. President Biden has put a $2 trillion plan on the table, which will result in 500,000 charging stations for electric vehicles being built in the country, thousands of electric buses, including school buses, and a target of 100 per cent carbon-free power, by 2035.

All these measures will generate actions in the private sector. The decisions of some of the largest financial institutions in the world are being driven by environmental, social and governance (ESG) factors, and trillions of dollars is going to be invested in this new sector to avoid sheer catastrophe. We're way behind, but we believe that this is going to be the biggest economic transformation since the industrial revolution.

In Europe, no bank or financial institution or even private source will fund a coal-fired power plant, but we have to move away from coal faster. Many old coal-fired plants are operating at less than 50 percent efficiency. They are losing money and are not even sending energy to the main grid. They could be phased out over a period of time. Gas will, to some degree, be a bridge fuel [to renewables].

The United States could help mobilize finance to reduce risk, and then bring more money to the table for a commercial investment in alternative fuel sources.

Kristalina Georgieva: At the IMF we have identified three pillars in the transition to a low-carbon economy. First of all, put a price on all carbon emissions. Today only 23 percent of emissions are being priced. The average price is $2 per ton. By 2030, we need to be at $75 a ton.

Carbon Pricing is seen as the most cost-effective and flexible way to curb greenhouse gas emissions.

The cost of carbon is calculated according to its cost to society, in land lost to rising sea levels, crop damage resulting from changing rainfall patterns, or health costs associated with heat waves and droughts.

Under this scheme, responsibility of paying for the damages of climate is shifted from the public to the producers of greenhouse gas emissions.

This provides a strong financial case for shifting investments away from high-emission fossil-fuels based technology towards cleaner technology.

Second, funding is needed for public investment in green infrastructure. The IMF can support countries in this regard. Five per cent of gross domestic product (GDP) invested now, would generate an additional 0.7 percent growth every year. This means that the investment would pay for itself within 15 years and create at least 12 million net jobs.

The third, hugely important pillar, is to lessen the impact on those who are currently employed in the high carbon economy. For example, there must be a just transition for miners, so that they can have benefit from new job opportunities. If we raise revenues from carbon pricing, some of that money must be used to provide a buffer, to soften the pressure on those businesses that need to move away from carbon dependency. This is doable, and it must be done.

China and the US

John Kerry: Right now, China is saying that they are going to reach peak emissions by 2030, and that they may be able to reach that target earlier, maybe by 2025. The problem is that the current models shows China peaking but then basically staying at a plateau, rather than sufficiently lowering emissions.

Every nation must work together on this. If the United States went to zero emissions tomorrow, it wouldn't make the kind of difference we need because we all have to reduce at the same time. That's the struggle we’re facing.

China obviously has a need to continue to grow and to develop. We want that, and we're not begrudging that. We want to work with China and other countries to make sure that they don’t make the mistakes that we made, and that we work together to develop new technologies such as hydrogen fuel, and biofuels for aircraft.

Doing nothing is too expensive

John Kerry: The United States is the No. 2 emitter in the world. We need to do a better job at reducing emissions on an accelerated basis. President Biden is stepping up to do that. He's hosting a virtual climate summit in April, he has rejoined the Paris climate agreement, and he has put together a $2 trillion piece of infrastructure legislation.

Climate action means jobs, whether in the creation of new energy sources, or transitioning out of the existing ones, building new cars or retrofitting homes. Those are jobs for workers in all countries. We should embrace this.

The economists have warned us again and again: doing nothing is more expensive to our citizens, our taxpayers, than responding to the climate crisis. We spent $365 billion cleaning up after three storms a couple of years ago, but we haven't invested the $100 billion in the Green Climate Fund that would have provided resilience and adaptation to climate change, and prevented some of that damage from being done. We're just not making the right choices.

Kristalina Georgieva: We’ve already started offering a helping hand, especially to countries devastated by natural disasters. We have put measures in place to help countries to be in a better position when disaster hits.

For example, we are discussing with our membership a provision that will make $650 billion available for countries to not only take the necessary measures to deal with the pandemic and its impact, but also to take on the investments necessary for transformation of their economy.

The urgency to act is evident, and vivid: over the last six months, 10 million people were displaced by floods and other forms of natural disasters. Fast-forward to a world in which there are more climate-related disasters, and more migration.

We have a chance to take advantage of a transformation for growth and for jobs. But we are also under tremendous pressure to prevent a future that would be bleak for those we love the most: our children and grandchildren. — UN News

These were the details of the news Green transformation will rival industrial revolution: US climate envoy for this day. We hope that we have succeeded by giving you the full details and information. To follow all our news, you can subscribe to the alerts system or to one of our different systems to provide you with all that is new. 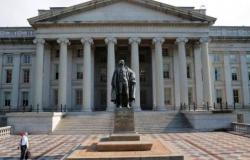 US imposes sanctions on 7 Lebanese nationals tied to Hezbollah 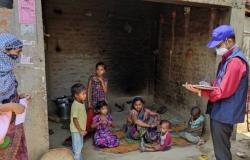 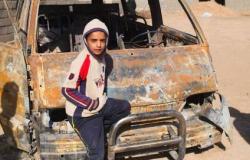 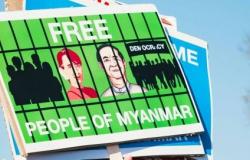 ‘No sign’ of end to brutal crackdown on all fronts in Myanmar: UN rights office