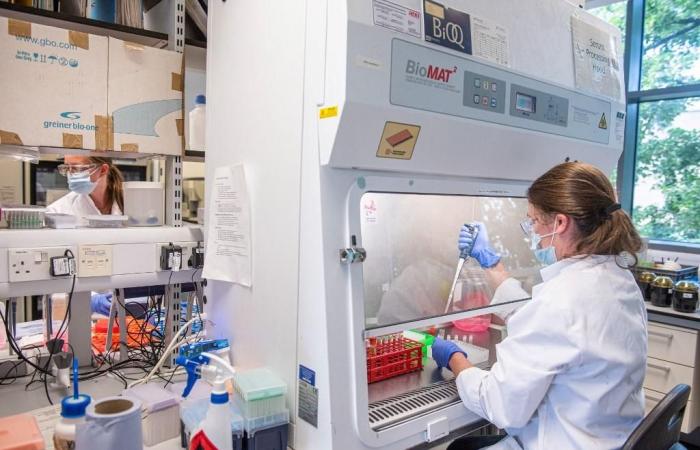 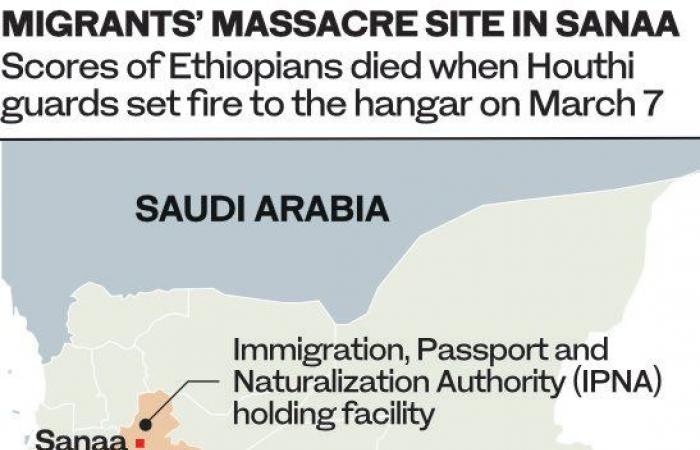 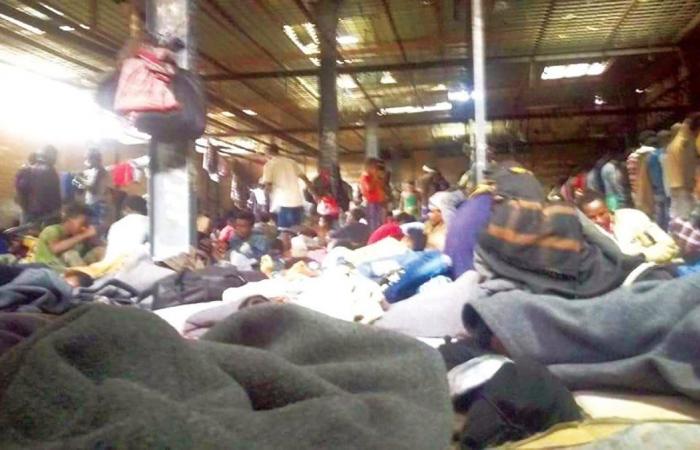 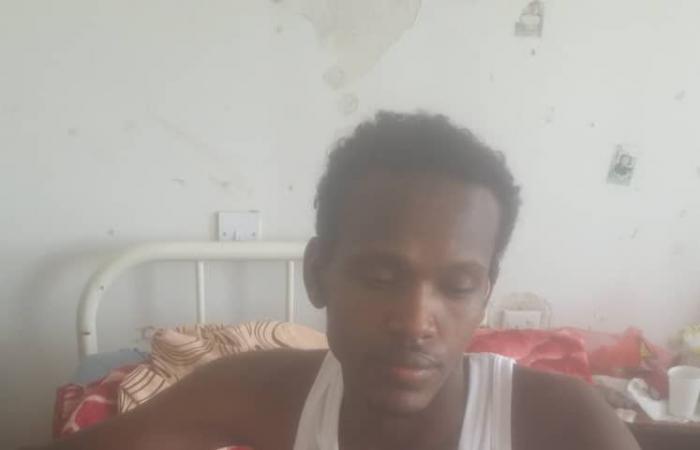 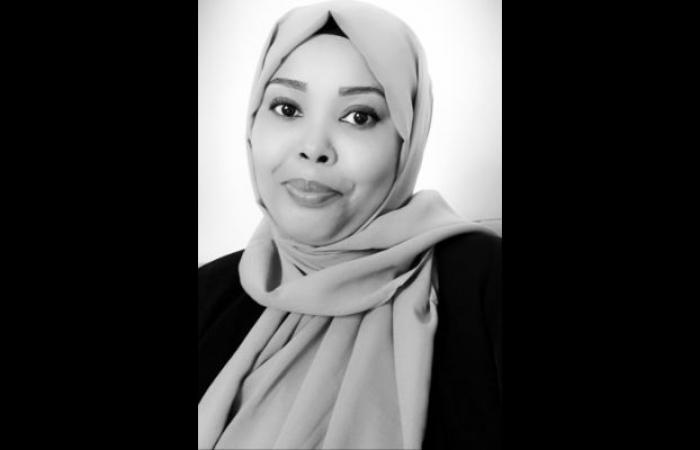 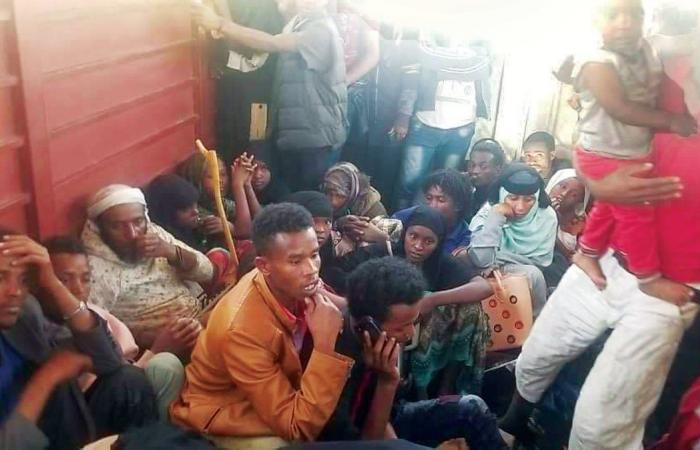 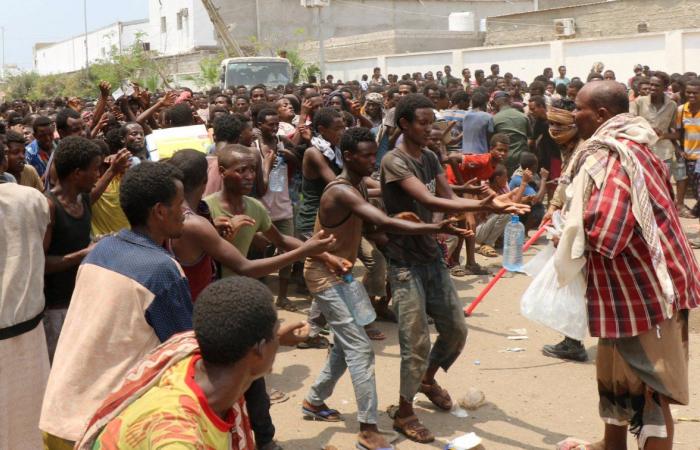 In fact, like many of his compatriots desperate to escape conflict-ridden Ethiopia, he had not even heard of the Iran-backed militia, which seized control of Yemen’s capital Sanaa in 2015.

When he first set out on his dangerous voyage across the Red Sea, Abdel Karim had envisioned an arduous overland crossing to one of the Arab Gulf states where opportunity and prosperity awaited him. 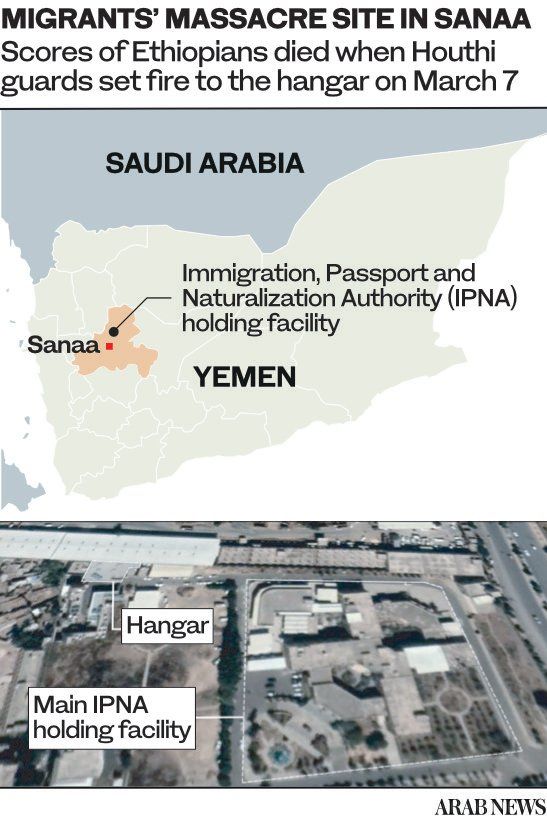 Events had taken a frightening turn in his native Ethiopia, where the security situation has continued to deteriorate amid growing unrest and political tensions. Human rights abuses, attacks by armed groups and communal and ethnic violence have forced thousands to seek refuge abroad.

Abdel Karim’s first encounter with the Houthis came just two days after his arrival in Sanaa, when two militiamen approached him in a marketplace. They singled him out in the crowd and demanded to see his ID.

Without so much as glancing at his papers, he was placed under arrest and taken to the city’s Immigration, Passport and Naturalization Authority (IPNA) Holding Facility, where he found hundreds of African migrants languishing.

Among them was Issa Abdul Rahman Hassan, 20, who had been working a shift at a Sanaa restaurant to save for his journey when Houthi militiamen stormed in and carried him off to the detention center.

There he was placed inside a hangar with dozens of others. In a video recorded three months after his arrival, Issa gestures around him. “Look, we are living on top of each other. We have no food. No water. Some people are exhausted, as you can see. They just sleep night and day.

“We don’t even have medicine here. And organizations like UNHCR do not care about us. All of us here are Oromo,” he said, referring to Ethiopia’s largest ethnic group.

Human Rights Watch has corroborated several accounts like Issa’s, describing conditions in the detention center as “cramped and unsanitary, with up to 550 migrants in a hangar in the facility compound.”

On March 7, unable to tolerate these conditions any longer, the migrants went on hunger strike.

According to witness testimonies, the camp’s Houthi guards told the migrants to say their “final prayers” before firing tear gas and what may have been a flash grenade into the hangar. A fire quickly broke out.

Amid the smoke and chaos, migrants trampled one another in their desperation to escape. According to Houthi accounts, 40 migrants succumbed to the smoke and flames. Human rights groups put the figure closer to 450 — not to mention the scores of burn victims and amputees.

Abdel Karim was in the bathroom when the fire broke out. He survived, but suffered severe burns to his arms. He was taken to a government hospital, where he could see from the window a heavy security presence deployed around the medical facility, blocking relatives and aid agencies from reaching the injured.

Afraid he would be rearrested, Abdel Karim discharged himself and escaped.

Despite his injuries, he joined survivors and relatives of the dead outside the UNHCR building in Sanaa to demand international action to hold the perpetrators to account.

They also demanded the names of all those killed, dignified funerals and closure for the families of those still missing.

“UNHCR did not respond to us,” Abdel Karim said in a video, shared with Arab News by the Oromia Human Rights Organization (OHRO).

“Only two days after the protests began, a UNHCR guy came out and told us that they (the agency’s staff) are also refugees like us here, guests who are incapable of doing anything. He told us that since 2016, the refugee file has been in the hands of the Houthis.”

550 Migrants in the IPNA hangar before March 7 fire.

Undeterred, the crowd refused to leave, camping outside the UNHCR building for several weeks. Then, in the early hours of April 2, Houthi militiamen cordoned off the area, and dispersed the protesters with tear gas and live rounds.

“They hit us, dragged us by force, took our fingerprints and photographed us, before loading some of us into cars and shuttling us to the city of Dhamar, where they abandoned us in the rugged mountainous areas,” said Abdel Karim.

“We knew nothing and no one there. We just kept walking. We had no food, no water and hardly any money. When we stopped at one of the small villages, one of us got a bottle of water, and we passed it on to one another. There was only enough water to wet the tips of our tongues.”

The group eventually made it to Aden two days later. From the UNHCR’s headquarters in the port city, Abdel Karim asked to be taken to hospital to have his burns treated.

According to Arafat Jibril, head of OHRO, only 220 of the 2,000 detainees at the detention facility on the day of the fire made it to Aden. The fate of the others remains unknown.

“African migrants just keep disappearing,” Jibril told Arab News. “The numbers of the forcibly disappeared are on the rise. But we have no means of knowing the exact numbers. This would be the job of international organizations, provided they are given access to secret detention centers, many of which are in Sanaa.”

As a lawyer and activist, Jibril collects eyewitness testimonies from inside Houthi-occupied territories in the form of secret WhatsApp recordings made by determined volunteers compelled to expose the horrors they see committed against African migrants.

Piecing together what happened to the disappeared is proving a challenge. “We know, for example, that 10 women who were taken to hospital are now nowhere to be found,” she said.

“We know that detentions of African migrants are continuing on a large scale, and that there is a long ‘wanted’ list, including the names of protest ringleaders and those migrants who talked to the press.

“And we know that the Houthis sort the migrants out. They send the young and healthy to war, and position them at the forefront of the trenches so ‘the blacks’ — as the Houthis call the African migrants — would die first. We have heard many accounts like that from those who survived the battles and returned to their families.

“They send African women to the battlefield, too, referring to them as Zaynabiyat (the Houthis’ all-female militia), to do the cooking and other services. At least 180 women and 30 children who had been detained were kidnapped two days before the fire. We also know nothing about them.”

Few doubt that racism lies at the core of this maltreatment.

“Shortly after the tragic fire, Houthis were bullying the African migrants, hurling racial slurs at them, calling them ‘the grandchildren of Bilal’ — the Ethiopian companion of the Prophet and the first muezzin in Islam — and threatening ‘to burn you one by one like we burned your friends’,” Jibril said.

She fears these examples are just the tip of the iceberg in a largely overlooked tragedy that, despite its increasing severity, has failed to capture the interest of the international community.

The Houthis are well aware that African migrants have no one looking out for their interests.

“No organization to protect them,” said Jibril. “No one. So, the Houthis say, ‘let’s use them’. The only ‘sin’ these migrants committed was that they were born black.”

These were the details of the news Trials of HIV vaccines set to begin  for this day. We hope that we have succeeded by giving you the full details and information. To follow all our news, you can subscribe to the alerts system or to one of our different systems to provide you with all that is new.