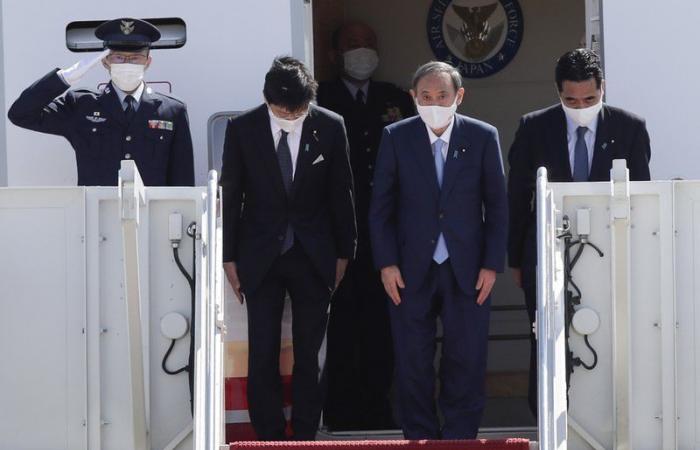 Suga, after holding talks with President Joe Biden at the White House, wrapped up his Washington visit on Saturday with a phone call to Pfizer CEO Albert Bourla.

Taro Kono, a Cabinet minister tasked with vaccinations, told a Japanese television talk show Sunday that the two sides have “practically reached an agreement” over the vaccines.

Suga requested Bourla provide additional supplies that would cover all eligible recipients by September, as well as to ensure the stable and prompt delivery of the ongoing vaccine shipments, Japanese officials said Sunday. No details were released.

According to the officials, Bourla told Suga that Pfizer planned to closely coordinate with the Japanese government to discuss the requests.

Japan, with its domestic vaccine development still in the early stages, has to rely on imports and has signed agreements with Pfizer, AstraZeneca and Moderna. The Pfizer vaccine is the only one Japan has approved so far.

Japan’s government says it has secured 314 million doses, enough to cover its entire population by the end of this year. That includes 144 million doses from Pfizer.

Inoculations started in mid-February and have covered less than 1% of the population. The slow process is hampered by the shortage of vaccines amid export controls by the European Union.

Kono has said the pace of the vaccine shipments is expected to pick up beginning in May. Addressing concerns about the shortage of medical workers administering the jabs, the government recently revised a law to recruit nurses who have retired or are on leave to temporarily help with the vaccinations.

The rise in cases led the government to issue an alert status for Tokyo and nine other urban prefectures. It has also fueled doubts about whether or how the July 23-Aug. 8 Tokyo Olympics can go ahead.

These were the details of the news Japanese leader asks Pfizer for additional vaccine supply for this day. We hope that we have succeeded by giving you the full details and information. To follow all our news, you can subscribe to the alerts system or to one of our different systems to provide you with all that is new.