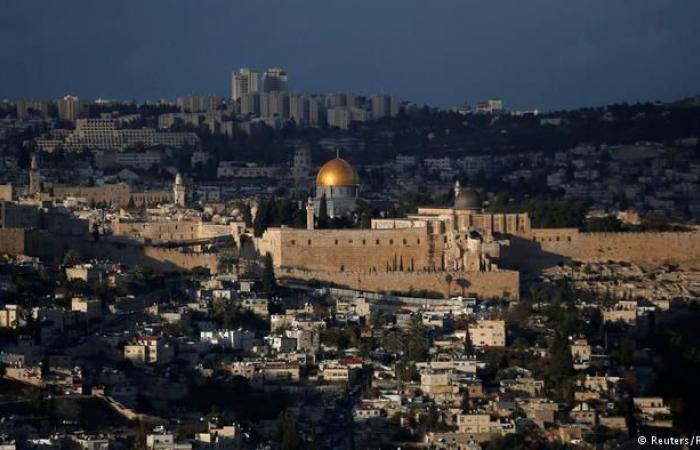 The three candidates represent factions of the Palestine Liberation Organization who planned a press conference in a Jerusalem hotel to call for the need to press Israel into allowing political activities in the eastern part of the city, reported the official Palestinian news agency, Wafa.

In briefly detaining the candidates, Israel appears to be signaling it will not tolerate Palestinian political activity in east Jerusalem. It has not said whether it will or will not allow Palestinian residents of east Jerusalem to vote in the election.

The Palestinians want east Jerusalem part of their future state, but Israel, which captured the city and annexed it in 1967, considers the whole city as its indivisible capital.

Witnesses said Israeli police blocked off roads leading to the St. George hotel, where the candidates from the PLO factions — including President Mahmoud Abbas’ Fatah movement — wanted to hold the conference. They were released after three hours.

Israeli police did not immediately respond to requests for comment on the incident.

Abbas has decreed what would be the first Palestinian legislative elections in 15 years to take place on May 22, followed by presidential polls in July.

But the disputes over east Jerusalem residents’ voting rights could provide a pretext to call off the poll, especially as Fatah is suffering threats to its unity while its main rival, the militant Hamas group that controls Gaza, appears unified. Some Palestinian voices, including from inside Fatah, stress that there should be “no elections without Jerusalem.”

The Palestinians have urged the European Union to exert pressure on Israel to allow residents of east Jerusalem to vote. Israel has not responded.

Hamas, which routed pro-Abbas forces and seized full control of Gaza a year after winning a landslide victory in 2006 elections, condemned the detention of the candidates and described it as “a flagrant meddling in the elections.”

Fatah also decried the banning of the press conference, the second time it happened in two weeks.

These were the details of the news Detention of Jerusalem candidates threatens Palestinian poll for this day. We hope that we have succeeded by giving you the full details and information. To follow all our news, you can subscribe to the alerts system or to one of our different systems to provide you with all that is new.