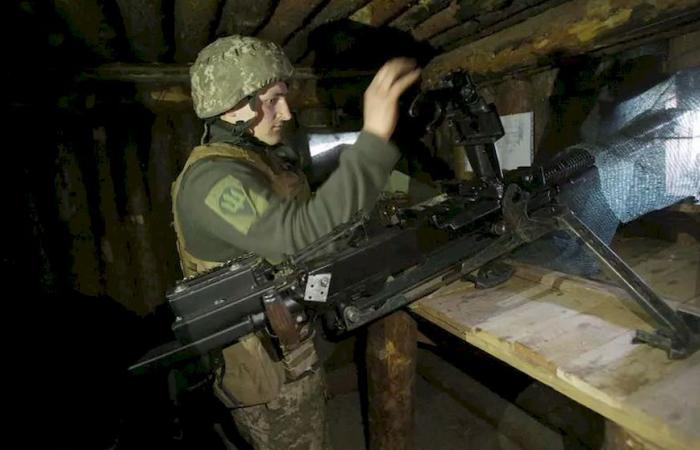 Hello and welcome to the details of Russia, Ukraine expel diplomats as tensions soar and now with the details

The detention of a Ukrainian consul in the second city Saint Petersburg comes at a time of global concern of a repeat of Moscow’s 2014 aggression, when Russia annexed the peninsula of Crimea and backed separatists in Ukraine’s east.

In response, the Ukrainian foreign ministry protested “the illegal” detention of its diplomat and said Kiev would expel a senior Russian diplomat.

Kiev has been battling Russian-backed separatists in eastern Ukraine since 2014 and clashes intensified early this year, effectively shredding a ceasefire agreed last July.

Around 30 Ukrainian troops have been killed since the start of the year, compared to 50 last year. Most of them were victims of sniper fire.

Russia has detained a number of Ukrainian nationals on suspicion of spying in recent years but the arrest of a diplomat is rare.

“A Ukrainian diplomat, a consul of Ukraine’s Consulate General in Saint Petersburg, Alexander Sosonyuk, has been detained by Russia’s FSB,” the security service said in a statement, using the Russian language spelling of his name.

He was held on Friday, the security service said. Kiev said the diplomat had spent several hours in detention.

The Russian foreign ministry said Saturday it had summoned Ukraine’s charge d’affaires Vasyl Pokotylo and told him that the Ukrainian diplomat had 72 hours to leave the country “beginning April 19”.

“The Russian side pointed to the inadmissibility of such kind of activity,” the foreign ministry said in a statement.

Russia’s domestic intelligence agency said Sosonyuk had been caught “red-handed” during a meeting with a Russian national as he sought to receive “classified” information.

“Such activity is not compatible with his diplomatic status and is clearly hostile in nature towards the Russian Federation,” the FSB said.

In Kiev, the Ukrainian foreign ministry said it protested the diplomat’s detention and rejected Russia’s accusations.

“In response to the above-mentioned provocation, a senior diplomat of the Russian embassy in Kiev must leave Ukrainian territory within 72 hours beginning April 19,” Nikolenko told AFP.

Faced with the largest deployment of Russian troops on Ukraine’s borders since 2014, President Volodymyr Zelensky has requested more help from the West, and Western leaders have urged Russian President Vladimir Putin to stop intimidating Ukraine.

Tensions between Russia and Ukraine come against the background of a new war of words between Moscow and Washington as new US President Joe Biden seeks a tougher line against Putin.

The US on Thursday announced sanctions and the expulsion of 10 Russian diplomats in retaliation for what the White House says is the Kremlin’s US election interference, a massive cyber attack and other hostile activity.

Russia said Friday it would expel US diplomats and sanction US officials in response while recommending the US envoy leave Russia “for consultations”.

Ukraine is not the only diplomatic flashpoint between Russia and the West.

On Saturday, the Czech authorities announced it would be expelling 18 Russian diplomats identified by local intelligence as secret agents of the Russian SVR and GRU services.

They are suspected of involvement in a 2014 explosion at a ammunition depot that killed two Czechs.

On Thursday, Poland said it had expelled three Russian diplomats for “carrying out activities to the detriment” of Poland.

And earlier this month Italy expelled two Russian envoys after they said an Italian navy captain had been caught handing over classified documents to a Russian agent. — AFP

These were the details of the news Russia, Ukraine expel diplomats as tensions soar for this day. We hope that we have succeeded by giving you the full details and information. To follow all our news, you can subscribe to the alerts system or to one of our different systems to provide you with all that is new.