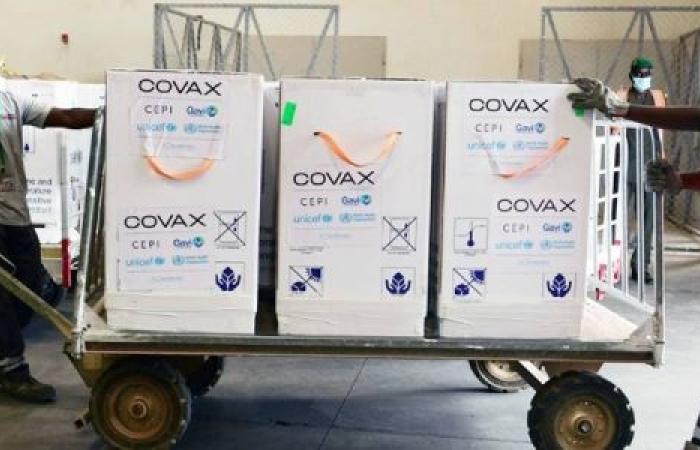 We show you our most important and recent visitors news details Vaccine equity the ‘challenge of our time’, WHO chief declares in the following article

Hind Al Soulia - Riyadh - GENEVA — With the number of new COVID-19 cases nearly doubling over the past two months, approaching the highest infection rate the world has seen during the pandemic, the unequal distribution of vaccines is not only a moral outrage, but economically and epidemiologically self-defeating, the head of the UN health agency told a special ministerial meeting of the Economic and Social Council (ECOSOC) on Friday.

The summit — held in virtual format on the theme, “A Vaccine for All” — brought together senior officials from the UN, government, business, the scientific community and civil society, who explored ways to guarantee equal access to the vaccine as a global public good, and to strengthen countries' readiness for its distribution.

“Vaccine equity is the challenge of our time,” Tedros Adhanom Ghebreyesus, director-general of the World Health Organization (WHO) told the gathering in opening remarks. “And we are failing.”

Driving that point home, he said that of the 832 million vaccine doses administered, 82 percent have gone to high or upper middle-income countries, while only 0.2 percent have been sent to their low-income peers.

In high-income countries alone, one in four people have received a vaccine, a ratio that drops precipitously to 1 in 500 in poorer countries.

Rapidly spreading variants, the inconsistent use and premature easing of public health measures, fatigue with social restrictions and the “dramatic” inequity in vaccine coverage; all have led to an alarming spike in new cases and deaths, he said.

“This is a time for partnership, not patronage”, he stressed. “We have the tools to end this pandemic.”

The Access to COVID-19 Tools Accelerator, created by WHO and its partners, along with the COVAX Facility, can prevent mistakes of the past — when the world 40 years ago was slow to deploy lifesaving antiretrovirals to poor countries during the HIV and AIDS crisis.

WHO is working with the Gavi, the Vaccine Alliance and the Coalition for Epidemic Preparedness Innovations to ramp up production and supply, he said.

A COVAX manufacturing task force has been formed, and promisingly, a New Partnership for African Manufacturing will be formed by the African Union.

It aims to build five vaccine production hubs on the continent, starting with three mRNA facilities in Rwanda, Senegal and South Africa. WHO is also developing regional regulatory capacity through the African Medicines Agency.

Tedros called on countries with enough vaccines to cover their populations “many times over” to make immediate donations to COVAX.

More broadly, it is vital to explore every option for boosting production — including voluntary licenses, technology pools and the waver of certain intellectual property provisions — and to invest in local vaccine manufacturing.

WHO will continue to provide technical assistance and add manufacturing bases across Africa, Asia and Latin America.

Never in its 75-year history has the role of the United Nations been more important. “We cannot defeat this virus one country at a time,” he said. “We can only do it with a coordinated global effort, based on the principles of solidarity, equity and sharing.”

However, they can be overcome in a practical, empirically informed manner. While she said the impulse to conserve supply is understandable, securing personal safety is not enough. “We must find a way to share,” she insisted.

A recent WTO vaccine equity event had some encouraging takeaways, she said, making clear that there is untapped potential in developing countries to ramp up production, and that resources are available to bankroll such investment.

WTO members have reduced export restrictions from 109 in nearly 90 countries, to 51 in 62 countries, and with pragmatic engagement, she said they can find ways to bridge intellectual property rights concerns.

Universal coverage: The only way out

Munir Akram, President of ECOSOC, stressed that in addition to being a moral imperative, universal vaccine coverage is the only realistic way out of the pandemic.

Decisive steps towards universal access is a prerequisite for economic recovery, he assured.

‘Multilateralism at its finest’

“No topic is as relevant or pertinent to the world today as that of vaccines,” said Volkan Bozkir, president of the General Assembly. “Our efforts have not been perfect,” he acknowledged. “We must finish what we have started.”

He pressed governments to recommit to the principles of human solidarity and cooperation, stressing that progress made to date is the result of countries working with hundreds of companies and thousands of scientists — “multilateralism at its finest”.

Towards the goal of “vaccines for all” he also urged countries to extend resources to COVAX; invest in vaccine research, production and distribution; donate vaccines to countries in need and tackle misinformation to ensure everyone is educated on the benefits of inoculation.

“It is job of United Nations and is member states to act on these demands.” — UN News

These were the details of the news Vaccine equity the ‘challenge of our time’, WHO chief declares for this day. We hope that we have succeeded by giving you the full details and information. To follow all our news, you can subscribe to the alerts system or to one of our different systems to provide you with all that is new.