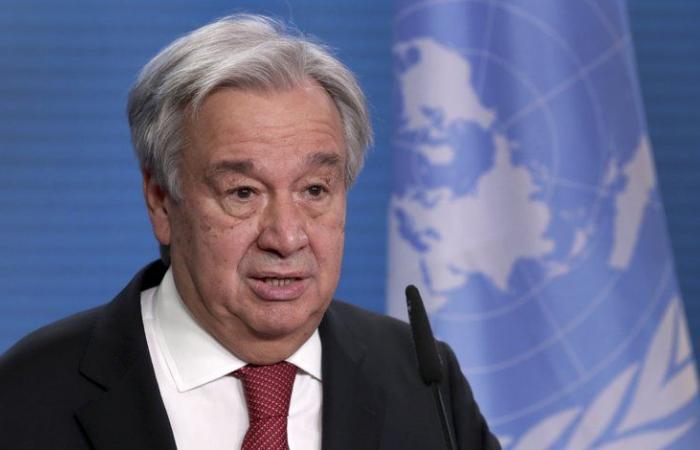 Mohamed Nass - Cairo - UNITED NATIONS (AP) — The UN Security Council has authorized international monitors to watch over a nearly six-month-old cease-fire agreement in Libya as the country heads toward December elections after a decade of fighting and upheaval.

In a vote announced Friday, the council unanimously approved Secretary-General Antonio Guterres’ recent proposal for up to 60 monitors to join an existing political mission in Libya.

The monitors would arrive in an “incremental deployment … once conditions allow,” according to the council’s British-drafted resolution. The measure also urges all foreign forces and mercenaries to get out of the country, as was supposed to happen months ago.

“We now expect all UN members to act on that, helping Libya to regain its sovereignty and work towards lasting peace and stability,” Britain’s minister for the Middle East and North Africa, James Cleverly, said in a statement from London.

He heralded the resolution as sending “a clear signal of support” for Libya’s transitional government, which took power last month and is expected to lead the country to the elections, planned Dec. 24.

Libya’s UN mission didn’t immediately comment on the resolution. The country didn’t get to vote on them, as it isn’t a member of the 15-nation council. Voting was conducted by email, due to the coronavirus pandemic; the results were announced at a brief virtual meeting.

Libya has been wracked by chaos since a NATO-backed uprising toppled longtime dictator Moammar Gadhafi in 2011 and split the oil-rich North African country between a UN-supported government in the capital, Tripoli, and rival authorities based in the country’s east.

Each side was backed by armed groups and foreign governments. The UN estimated in December there were at least 20,000 foreign fighters and mercenaries in Libya, including Syrians, Russians, Sudanese and Chadians.

In April 2019, east-based commander Khalifa Haftar and his forces, backed by Egypt and the United Arab Emirates, launched an offensive to try and capture Tripoli. His 14-month-long campaign collapsed after Turkey stepped up its military support of the UN-backed government with hundreds of troops and thousands of Syrian mercenaries.

The cease-fire agreement, reached in October, called for the foreign fighters to leave within three months.

The Security Council resolution also demands all countries fully comply with a decade-long UN arms embargo on Libya. A recently released report by UN said the embargo has been “totally ineffective.”

These were the details of the news UN agrees to deploy cease-fire monitors in Libya for this day. We hope that we have succeeded by giving you the full details and information. To follow all our news, you can subscribe to the alerts system or to one of our different systems to provide you with all that is new.