Prince Philip to be remembered as man of 'courage' 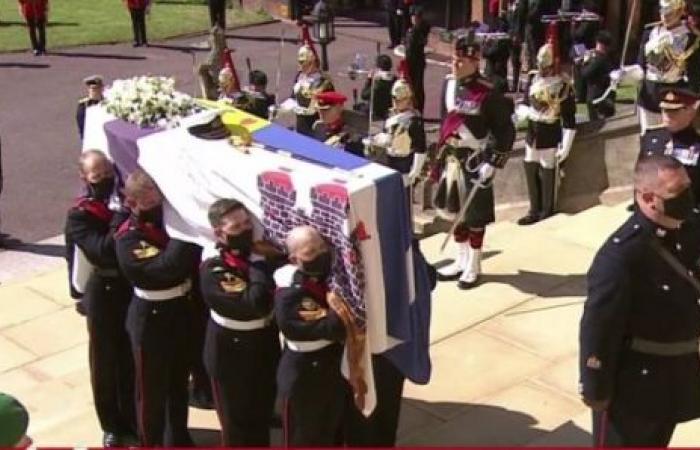 Hind Al Soulia - Riyadh - WINDSOR — Prince Philip began his journey to St George's Chapel in a custom-built Land Rover hearse that he himself designed over a period of 16 years.

Queen Elizabeth followed in the State Bentley with her and the duke's four children, Princess Anne and Princes Charles, Edward and Andrew walking behind the coffin.

Three of their grandchildren, Princes William and Harry, and Peter Phillips; their nephew, the Earl of Snowdon; and Princess Anne's husband, Vice Admiral Sir Tim Laurence also walked behind the Land Rover.

Some 700 servicemen and women from the military will perform ceremonial roles in the procession in a nod to the prince's military service.

Crowds lined the long walk in Windsor as mounted guards from The King's Troop Royal Horse Artillery paraded to Windsor Castle, where the Duke of Edinburgh, will be laid to rest later on Saturday.

The Duke of Edinburgh was married to Queen Elizabeth II for 73 years before his death on April 9.

At the funeral, the Duke will be remembered as a man of "courage, fortitude and faith" who supported the Queen and the British nation throughout his life.

The ceremony will be led by Right Reverend David Conner, dean of Windsor, and the blessing will be given by the Archbishop of Canterbury. There will be no eulogies. — Euronews

These were the details of the news Prince Philip to be remembered as man of 'courage' for this day. We hope that we have succeeded by giving you the full details and information. To follow all our news, you can subscribe to the alerts system or to one of our different systems to provide you with all that is new.