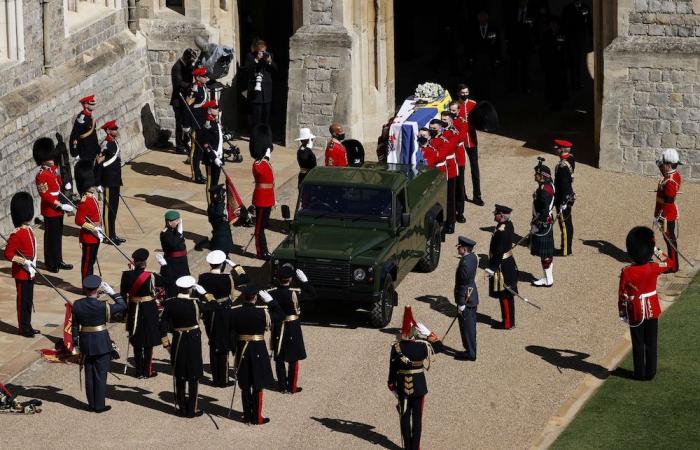 Hello and welcome to the details of Prince Philip makes final journey followed by Charles, William and Harry and now with the details

WINDSOR, April 17 — Prince Philip began his final journey today on a specially modified Land Rover hearse, followed on foot by a procession of senior royals including Prince Charles and Princes William and Harry.

Queen Elizabeth followed the procession in the State Bentley as the coffin, borne on the bespoke Defender TD 130 in military green, made its way to Philip’s funeral service at St George’s Chapel.

Charles and Princess Anne followed the coffin on foot, followed by their brothers Edward and Andrew, and Charles’s two sons William and Harry - evoking memories of the 1997 funeral of Diana when they walked as grieving boys behind their mother’s coffin.

Philip’s naval cap and sword lay on top of the coffin which was covered with the Duke of Edinburgh’s personal standard featuring the Danish coat of arms, the Greek cross, Edinburgh Castle and the stripes of the Mountbatten family.

The Band of the Genadier Guards led the procession, followed by military chiefs. The coffin will pause for the national minute of silence at 1400 GMT. A gun fired from the East Lawn will signify the start and end. — Reuters

These were the details of the news Prince Philip makes final journey followed by Charles, William and Harry for this day. We hope that we have succeeded by giving you the full details and information. To follow all our news, you can subscribe to the alerts system or to one of our different systems to provide you with all that is new.