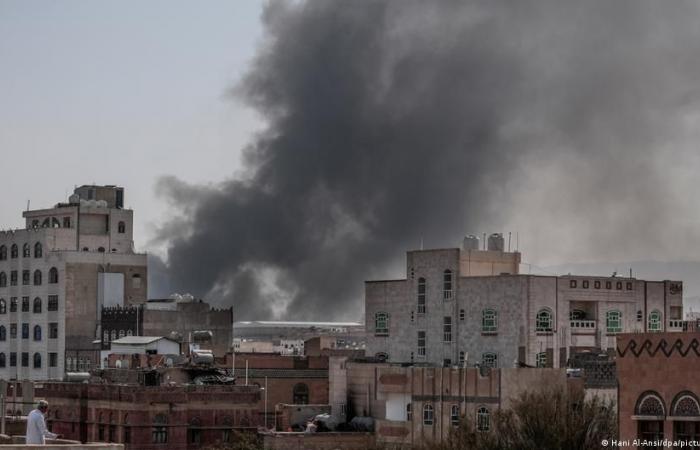 You are now following the details of the UN: 40 civilian casualties in central Yemen in March alone news and now we leave you with the details

At least 70 incidents of armed violence including shelling, crossfire, and air strikes have caused injuries and deaths among civilians during the first quarter of 2021, said the UNHCR in a statement. The UNHCR did not provide the breakdown of the killed and wounded but said that the tally was the highest in the oil-rich province since 2018.

Since February, Iran-backed Huthi rebels have been pushing to capture the province from the internationally recognized government to try to complete their control over the northern half of Yemen. If they succeed, the Huthis could claim a strategic win after a largely stalemated battle in almost seven years of fighting.

Among the civilian casualties were 13 people residing in makeshift settlements for displaced families, added the UNHCR.

The escalation in violence has so far displaced over 13,600 Yemenis in Marib, which already hosts a nearly one million of Yemen’s internally displaced people, said the statement. Almost 80 percent of the newly-displaced are women and children who live in extreme poverty, said the UNHCR.

“UNHCR is renewing its call on all parties to the conflict to take measures to protect civilians, as well as civilian infrastructure, including sites hosting the displaced,” read the statement.

The UNHCR pleaded for urgent support from the international community to alleviate “the desperate situation” of the displaced Yemenis, deploring the decline in funding allocated to humanitarian efforts in the Arab world’s poorest country.

Yemen has been convulsed by civil war since 2014 when the Huthis took control of the capital of Sanaa and much of the northern part of the country, forcing the government of President Abed Rabbo Mansour Hadi to flee to the south, then to Saudi Arabia.

The Saudi-led coalition, backed at the time by the US, entered the war months later to try restore Hadi to power. Despite a relentless air campaign and ground fighting, the war has deteriorated into a stalemate, killing about 130,000 people and spawning the world’s worst humanitarian crisis. The Biden administration last month officially withdrew its backing for the coalition but said the US would continue to offer support to Saudi Arabia as it defends itself against Huthi attacks.

The Saudis have recently offered a ceasefire deal, but Huthis turned them down.

These were the details of the news UN: 40 civilian casualties in central Yemen in March alone for this day. We hope that we have succeeded by giving you the full details and information. To follow all our news, you can subscribe to the alerts system or to one of our different systems to provide you with all that is new.