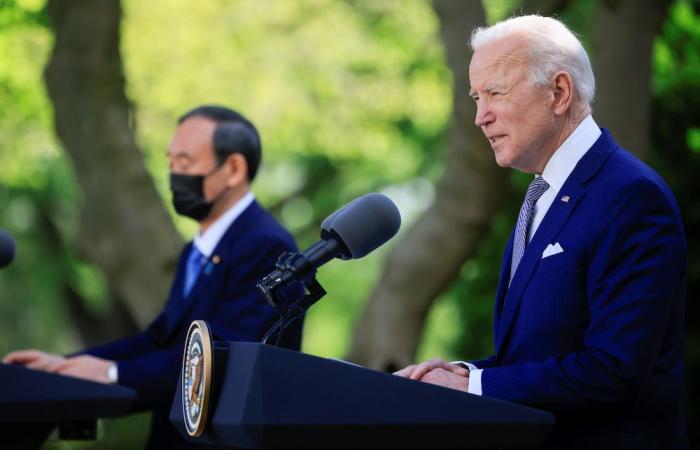 WASHINGTON, Apr 17 — President Joe Biden’s administration announced today he was scrapping his pledge for a rapid expansion in the number of refugees allowed into the United States, but seemed to backtrack later in the day after fierce blowback from within his Democratic Party.

The outcry came after a senior administration official said Biden would maintain the historically low ceiling of 15,000 people resettled a year, a number set by predecessor Donald Trump who had imposed hardline border policies.

The Biden administration had recently stated it wanted to allow in about 60,000 refugees annually, ramping up to double the following year. That aim had been part of the Democrat’s broader promise to end harsh anti-immigrant and anti-refugee sentiment whipped up by Trump.

Instead, the White House will keep the strict 15,000 limit so that it can “rebuild” a broken program and deal with pandemic-related complications, said the official, who asked not to be identified.

After a top Democrat and refugee aid groups slammed Biden’s target as “appallingly low” and “deeply disappointing,” the White House issued a statement today saying the number was provisional.

Noting that Biden has green-lighted settlement of refugees from previously blocked regions and signed off on flights from those areas to begin within days, the White House said it expected Biden “to set a final, increased refugee cap for the remainder of this fiscal year by May 15,” but added that “his initial goal of 62,500 seems unlikely.”

The admissions system left by the Trump administration was “even more decimated than we’d thought, requiring a major overhaul in order to build back toward the numbers to which we’ve committed,” the senior official said.

“We will use all 15,000 slots... and work with Congress on increasing admissions and building back to the numbers to which we’ve committed,” he tweeted.

The policy marks a strong reversal from the Biden administration’s vow to let in 62,500 refugees, with 125,000 next year.

“We offered safe havens for those fleeing violence or persecution” in previous years, when America’s “moral leadership on refugee issues” encouraged other nations to open their doors as well, Biden said, promising to make good on his campaign promise of restoring US leadership.

Senate Foreign Relations Chair Bob Menendez had sharply criticised the White House, saying it “has not only stymied the number of refugees permitted entrance, it has prevented the State Dept from admitting vetted refugees currently waiting in the system.”

“As we face the largest global refugee crisis in history, with 29.6 million refugees worldwide, resettlement serves as a critical tool in providing protection to those fleeing persecution,” he wrote.

LIRS, one of the chief organizations helping refugees in the United States, said that as of this month, only 2,000 refugees have been resettled in the current fiscal year.

Krish O’Mara Vignarajah, CEO of the Lutheran Immigration and Refugee Service, said “it is deeply disappointing that the administration has elected to leave in place the shameful, record low admissions cap of its predecessor.”

“There is far more work ahead to reclaim global leadership. The challenge of ramping up admissions to President Biden’s pledge of 125,000 is daunting, but it is an occasion we can rise to.”

Another refugee settlement organization, Kids in Need of Defence, said “our nation is at its best when it honours its commitments.”

“KIND recognizes that the gutted immigration system inherited by the current administration poses significant challenges, but the need to restore — and in some cases completely re-establish — these vital systems cannot be used as an excuse to sidestep America’s long-time commitment to protecting refugees fleeing for their lives,” president Wendy Young said.

“This is a testament to the power that people’s movements, community advocates, & progressive coalitions have built,” she tweeted. “Now let’s get these families to their new homes here in the United States.” — AFP

These were the details of the news Biden drops promise for quick expansion in refugee admissions for this day. We hope that we have succeeded by giving you the full details and information. To follow all our news, you can subscribe to the alerts system or to one of our different systems to provide you with all that is new.