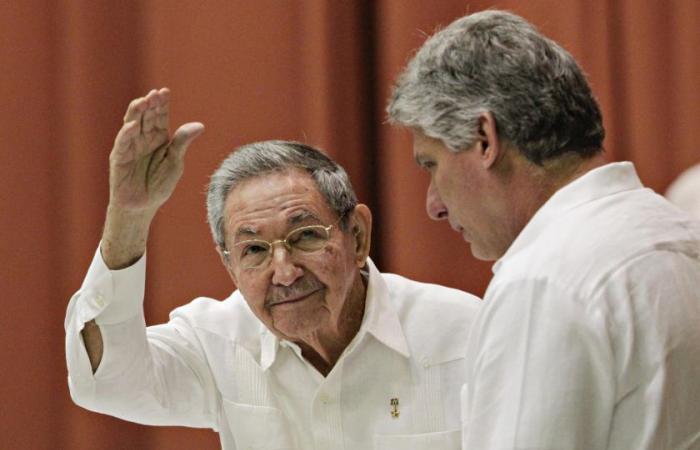 Hello and welcome to the details of Cuba changes leadership, seeks ‘respectful’ talks with US and now with the details

HAVANA, Apr 17 — The all-powerful Communist Party of Cuba (PCC) opened a historic congress today to rubber-stamp the transfer of power to a new generation as outgoing leader Raul Castro committed it to “respectful” talks with the United States.

In an address to a few hundred party delegates, Castro emphasised that Cuba would not renounce “the principles of the revolution and socialism.”

But he affirmed a “willingness to conduct a respectful dialogue and build a new kind of relationship with the United States,” which has had sanctions against Cuba since 1962.

Castro, 89, is stepping down as PCC first secretary — the most powerful position in Cuba —ending a near six-decade family hold on power that started in 1959 under his revolutionary brother, Fidel, who died in 2016.

The reins will now pass to 60-year-old Miguel Diaz-Canel, who has already served as Cuba’s president since 2018, when Castro relinquished that part of his executive portfolio.

Ties with the United States, after a historic but temporary easing of tensions under president Barack Obama between 2014 and 2016, worsened under Donald Trump, who reinforced sanctions.

White House spokeswoman Jen Psaki said today the United States was not planning any immediate change in its policy toward Cuba.

“Support for democracy and human rights will be at the core of our efforts,” she said.

Diaz-Canel will become Cuba’s first civilian leader since the Castro-led revolution of the 1950s, which happened before he was even born.

The official handover of power to the first non-Castro PCC first secretary is expected on the fourth and final day of the congress next Monday.

In a tweet yesterday, Diaz-Canel said the congress would be a forum where “ideas are entrenched, history recognized and the future discussed” while underlining there would be “continuity.”

Cuba’s economic crisis has been caused in part by its own management failures, worsened by ramped-up US sanctions and the coronavirus pandemic, which dried up tourists -- a key income source for the island.

Economic reforms to phase out the US dollar-pinned “convertible” peso — leaving only the less valuable official peso in place — saw salaries increased by the state, but not enough to make up for the resulting price inflation.

Many stores now accept only US dollars — these are better stocked than others — but few people can afford them.

Castro, wearing a military uniform, on Friday denounced Washington’s “economic war” against his country, in comments broadcast on state television from inside the closed-doors congress.

The sanctions, he said, sought to “strangle the country and provoke a social explosion” from within.

Before Raul, Cuba was ruled by his brother Fidel for nearly half a century from 1959 to 2006, when he fell ill. Fidel is still widely revered as the country’s father and saviour.

While Diaz-Canel, a suit-and-tie wearing, tech-savvy Beatles fan may be more modern in some ways than his predecessors, he remains a party disciple, and observers do not expect radical policy changes.

“The absence of a Castro at the helm doesn’t necessarily mean there’s going to be an abrupt change in the Communist Party’s style,” said Norman McKay, an analyst with The Economist Intelligence Unit.

A new constitution passed in May 2019 made it clear that the country’s commitment to socialism was “irrevocable.”

The PCC has said its congress, held 60 years after Fidel Castro officially declared Cuba’s government a socialist one, would “review core issues of the political, economic and social life of the country.”

There are some signs that Cuba’s leadership will have little choice but to increasingly balance the interests of the old guard with a clamour for more rights and better quality of life from younger generations.

In February, it opened the bulk of its government-monopolized economy to entrepreneurs in the private sector.

There have also been small nods to social liberalization.

In recent months, the government held its first-ever talks — though short-lived — with pro-free speech protesters, after authorizing in 2019 Cuba’s first non-political demonstration, by animal rights activists.

The arrival of the internet on mobile phones at the end of 2018 has made for a paradigm shift in Cuba, with never-before-seen access to information and new forums for expression and even limited protest.

In response, the PCC has said one of the functions of its congress would be “confronting political and ideological subversion, which has made internet and social media its principal field of operations.”

Castro told the congress he was retiring as “a simple revolutionary fighter.

“Let there be no doubt, as long as I live, I will be ready... to defend the homeland, revolution and socialism,” he said to loud applause. — AFP

These were the details of the news Cuba changes leadership, seeks ‘respectful’ talks with US for this day. We hope that we have succeeded by giving you the full details and information. To follow all our news, you can subscribe to the alerts system or to one of our different systems to provide you with all that is new.