Ex-employee kills eight in rampage at US FedEx facility 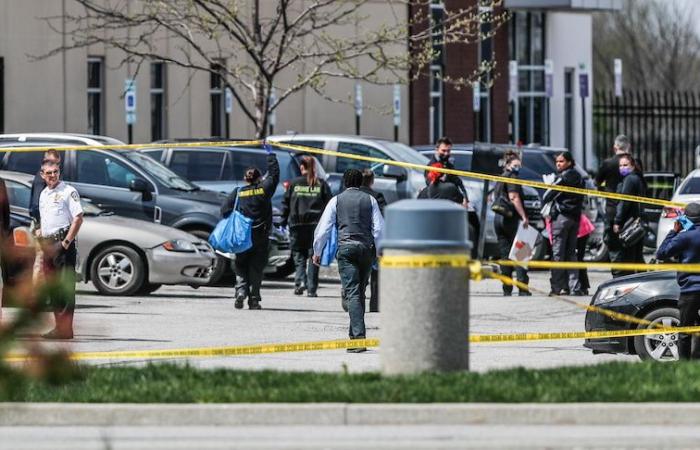 INDIANAPOLIS, Apr 17 — A former FedEx employee fatally shot eight people and wounded several others at the delivery company’s facility in the US city of Indianapolis before killing himself, authorities said today after the latest mass shooting to jolt the country.

Four of the dead were followers of the South Asian Sikh religion, a Sikh organization confirmed, raising questions about whether the gunman’s motivation was in any way racially or ethnically motivated.

The Thursday night slayings came a week after President Joe Biden branded US gun violence an “epidemic” and an “international embarrassment” as he waded into the tense debate over firearms control, a sensitive American political issue.

After this latest tragedy he again ordered flags flown at half staff at the White House and other public buildings.

“FedEx officials have confirmed that Mr Hole was a former employee at the facility, and he was last employed in 2020,” deputy police chief Craig McCartt told reporters.

Authorities searched multiple locations and seized evidence in their effort to learn more about the shooter and a possible motive.

The Sikh Coalition, which announced “that at least four of those killed” were members of the Indianapolis Sikh community, said that it expected “that authorities will conduct a full investigation — including the possibility of bias as a factor.”

FBI special agent Paul Keenan said Hole was interviewed by the FBI in April 2020 and had a shotgun seized by authorities, the Indianapolis Star reported.

It was not immediately clear whether Hole had been fired or left his job voluntarily, or if he knew the victims.

“He got out of his car and pretty quickly started some random shooting outside the facility. There was no confrontation with anyone that was there. There was no disturbance. There was no argument,” McCartt said.

The shooting “began in the parking lot and then he did go into the building... for a brief period of time before he took his own life.”

McCartt said the gunman was armed with a rifle.

“This is a devastating day and words are hard to describe the emotion we feel,” said FedEx chairman Frederick Smith in a letter to employees, adding that the company was working with law enforcement.

Four people with gunshot wounds were transported by ambulance, including one in critical condition, while five people suffered other injuries, police said.

One man who was working a twilight shift at the FedEx Ground station told local broadcaster WISH-TV he saw the gunman start shooting and heard more than 10 shots.

“I saw a man with a sub-machine gun of some sort, an automatic rifle, and he was firing in the open. I immediately ducked down and got scared,” Jeremiah Miller said.

Employee relatives had gathered at a hotel Friday near the plant for news of loved ones who work there.

“They went in and they did their job. A lot of them are trying to face this because this is a sight that no one should ever have to see,” Cook said.

The Indianapolis carnage follows a spate of mass shootings across the US in recent weeks.

Late last month four people including a child were shot dead in an office building in southern California.

On March 22, 10 people were killed in a shooting at a grocery store in Boulder, Colorado.

That came less than a week after a man shot and killed eight people, including six women of Asian descent, at spas in Atlanta, Georgia.

Thursday’s rampage was the third mass shooting in Indianapolis this year. In January, five people including a pregnant woman were killed, while three adults and a child were killed in March.

Nearly 40,000 people in the United States die each year from guns, more than half of those being suicides.

The issue of US gun regulation is politically fraught.

In a statement Friday after the new shooting Biden said “we must act” to end the scourge of violence killing too many Americans.

“It stains our character and pierces the very soul of our nation,” Biden said.

“We must break this cycle of suffering in America,” he tweeted. — AFP

These were the details of the news Ex-employee kills eight in rampage at US FedEx facility for this day. We hope that we have succeeded by giving you the full details and information. To follow all our news, you can subscribe to the alerts system or to one of our different systems to provide you with all that is new.