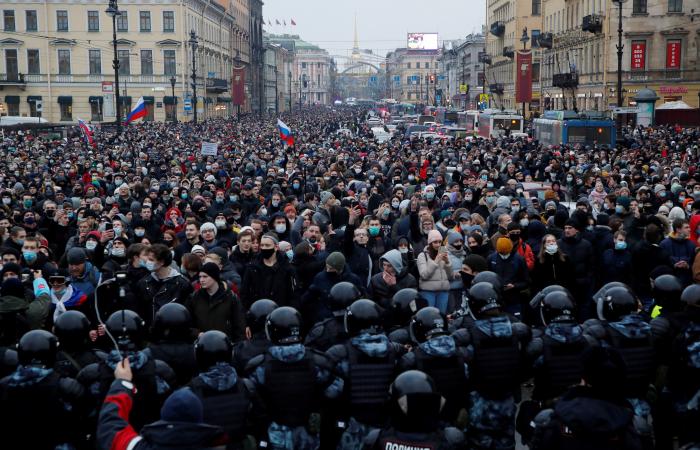 MOSCOW, Apr 17 — Russian prosecutors today asked a Moscow court to designate organisations linked to jailed Kremlin critic Alexei Navalny as “extremist” in a move that could ban them in Russia and result in jail time for their members.

They requested that Navalny’s network of regional offices and his Anti-Corruption Foundation (FBK) be added to the list of “terrorist and extremist” organisations run by Russia’s National Anti-Terrorism Committee.

“Under the disguise of liberal slogans, these organisations are engaged in creating conditions for the destabilisation of the social and socio-political situation,” the Moscow prosecutor’s office said in a statement.

It also accused the organisations of creating conditions for “changing the foundations of the constitutional order” and called their activities “undesirable”.

The list currently consists of 33 organisations and includes the Islamic State, the Taliban and Jehovah’s Witnesses. The presence of these groups is banned in Russia and participation in them can result in lengthy prison terms.

Navalny’s supporters have faced increasing pressure in recent months after the opposition politician returned to Russia in January from Germany.

The 44-year-old spent five months there recovering from a near-fatal poisoning attack that he says was carried out on the orders of President Vladimir Putin.

Navalny was arrested on his return to Moscow and sentenced to two-and-a-half years behind bars on old embezzlement charges, sparking nationwide protests that saw more than 11,000 people detained by police.

His allies, however, vow to carry on.

In a statement on Facebook, Volkov and FBK director Ivan Zhdanov said they had no doubts about the ruling that a “Putin’s court” will make but said they will continue their work “peacefully, publicly and effectively”.

Founded in 2011, FBK has already had its assets frozen in 2019 and received multiple fines over non-compliance with Russia’s “foreign agent” law.

FBK has published numerous investigations into the wealth of Russia’s elite, usually accompanying by YouTube videos.

In January, the FBK team published a two-hour investigation into a lavish palace on the Black Sea allegedly belonging to Putin, which garnered over 115 million views.

Navalny’s allies and organisations are subject to frequent police raids and arrests over their political activities.

Earlier on Friday, a Moscow court sentenced to two years in jail a Navalny ally working for FBK over the publication of “extremist” tweets.

On Thursday, key aide Lyubov Sobol was handed one year of community service for trying to enter the home of an alleged security agent that Navalny said took part in his poisoning.

On March 31, Navalny announced a hunger strike in his penal colony, demanding adequate medical treatment for pain in his back and numbness in his legs.

His team on Monday said that Russian prison officials had threatened to start force-feeding him.

Navalny, who has lost significant weight since arriving at the facility in February, reiterated in an Instagram post today that the prison authorities are threatening to force feed him. — AFP

These were the details of the news Russia prosecutors seek to label Navalny groups ‘extremist’ for this day. We hope that we have succeeded by giving you the full details and information. To follow all our news, you can subscribe to the alerts system or to one of our different systems to provide you with all that is new.