In a tit-for-tat move, Russia to expel 10 US diplomats 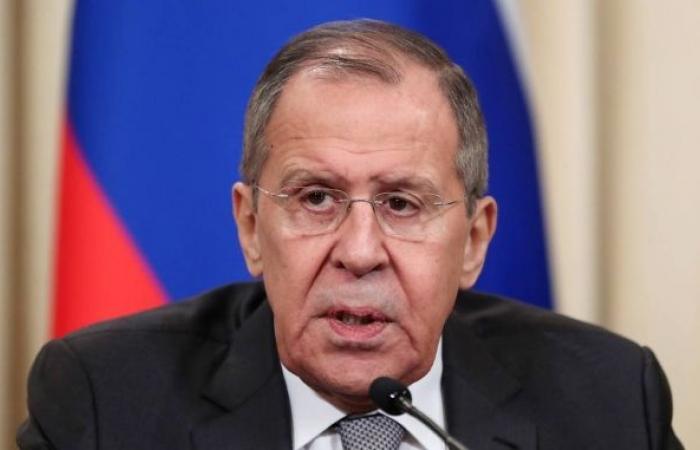 We show you our most important and recent visitors news details In a tit-for-tat move, Russia to expel 10 US diplomats in the following article

Hind Al Soulia - Riyadh - MOSCOW — Russian Foreign Minister Sergey Lavrov said on Friday that Russia will expel 10 US diplomats, curb the activity of US non-profit groups in the country and sanction US officials in a series of measures meant to retaliate for President Joe Biden's sweeping sanctions against the Kremlin on Thursday.

Lavrov, speaking at a press conference in Moscow with his Serbian counterpart, described the measures as a "tit-for-tat response" to the Biden administration's Thursday announcement of sanctions to punish Moscow for its interference in the 2020 US election, its SolarWinds cyberattack, and its ongoing occupation and "severe human rights abuses" in Crimea.

Those US penalties included the expulsion of 10 Russian diplomats in Washington, including "representatives of Russian intelligence services," for the cyber hack and the election meddling.

"Ten diplomats were on a list the US side handed over to us asking to ensure their leaving the United States. We will give a tit-for-tat response to that. We will also ask 10 US diplomats to leave our country," Lavrov said.

Lavrov said that Russia will also place eight US officials on a sanctions list later Friday, without specifying who would be targeted.

US officials to be sanctioned

"Some time ago, before the package [of sanctions] recently announced by Biden, the Americans added eight representatives of Russian structures, the Russian leadership, including the presidential administration and the Prosecutor General's Office, to the sanctions list," Lavrov said. "Today we will publish a list of eight officials who represent the governing structures of the Washington administration. They will also be included in our sanctions list."

Lavrov said the Kremlin will move against US non-profit groups immediately, saying, "we will restrict and terminate the activities on our territory of American foundations and non-governmental organizations, which in fact, directly interfere in our domestic political life."

Russia is also considering more "painful" measures against US businesses, Lavrov said, framing them as a response to sanctions the US placed on Russian sovereign debt and adding that for now, the Kremlin is keeping those steps "in reserve."

"For obvious reasons, we do not have comparable levers of influence on the United States of this scale," Lavrov said Friday, adding that "our experts" believe the Russian economy can handle it. "In any case, we have found and will find a way out of any situation. But we also have the opportunity to take painful measures against American business. We will keep them in reserve," Lavrov warned.

Biden said on Thursday that the sanctions against Russia were a proportionate response to cyber-attacks against the US and interference in two presidential elections, but also emphasized that "now is the time to de-escalate" tensions with the country.

As part of Thursday's announcement, the US formally named the Russian Foreign Intelligence Service as the force behind the SolarWinds hack that affected the federal government and wide swaths of the private sector.

During remarks at the White House, Biden said that he told Russian President Vladimir Putin during a Tuesday phone call that he could have gone further. Biden said that while he wants to avoid escalating tensions, he made clear to Putin that he would not hesitate to take further action in the future.

"We cannot allow a foreign power to interfere in our democratic process with impunity," Biden said.

He added, "I told (Putin) that we would shortly be responding in a measured and proportionate way because we had concluded that they had interfered in the election and SolarWinds was ... totally inappropriate."

The 10 Russian diplomats who are being expelled are based in Washington, DC, and New York, and will have 30 days to leave the country, a US official familiar with the plans explained. Asked how the US chose the 10 diplomats who will be expelled, a senior administration official told reporters Thursday that those individuals "were acting with a manner inconsistent with their status in the US," and declined to provide further details. — Courtesy CNN

These were the details of the news In a tit-for-tat move, Russia to expel 10 US diplomats for this day. We hope that we have succeeded by giving you the full details and information. To follow all our news, you can subscribe to the alerts system or to one of our different systems to provide you with all that is new.