Paphos summit: Israel will do ‘whatever it takes’ to stop Iran on nuclear front 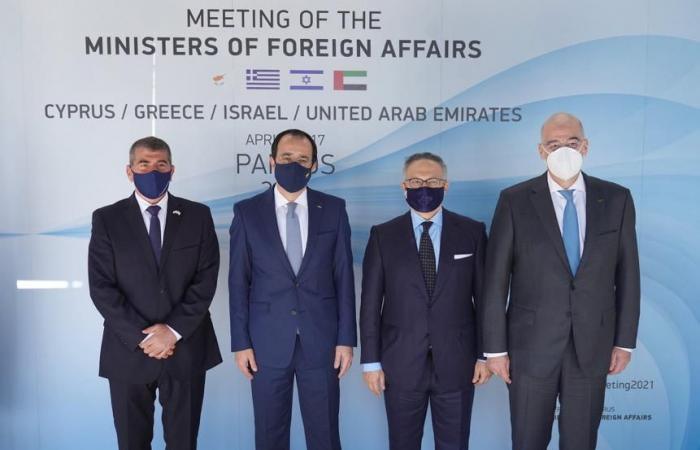 Thank you for reading the news about Paphos summit: Israel will do ‘whatever it takes’ to stop Iran on nuclear front and now with the details

Jeddah - Yasmine El Tohamy - PAPHOS: Israel will do “whatever it takes” to ensure that Iran does not acquire nuclear weapons, foreign minister Gabi Ashkenazi said on Friday.

Speaking after a summit with his Greek and Cypriot counterparts and a senior representative from the UAE in Paphos, Cyprus, Ashkenazi said discussions centered around possibilities for building on prosperity and stability in the region.

“We also took time to discuss challenges that Iran and Hezbollah and other extremists pose to the stability of the Middle East and to the regional peace,” he said. “We will do whatever it takes to prevent this extremist ... success and definitely, to prevent this regime from having nuclear weapons.”

The Israeli, Emirati, Greek and Cypriot officials are holding meetings in Cyprus for two days from Friday.

Israel said the talks in Paphos on the island's west coast would be the first meeting of its kind involving the four nations, as part of efforts to advance regional strategic interests.

The ministers were also discussing economic and security issues, the coronavirus pandemic, and possible travel corridors to encourage tourism, Israel's foreign ministry said in a statement on Thursday.

Cyprus said the unprecedented four-way talks, lasting into Saturday, would “take advantage of the prospects opened” by "the recent normalization of relations between Israel and the United Arab Emirates.”

The UAE and Israel formalized ties last year, one of four deals the US brokered between Israel and Arab countries.

The talks also follow tensions between Turkey and its neighbours over gas exploration in the eastern Mediterranean.

The Cypriot ministry said the meetings would touch on the “pandemic and its effects, economic cooperation, energy (and) tourism,” among other issues, and aimed “to enhance peace, stability, and security in the wider region.”

These were the details of the news Paphos summit: Israel will do ‘whatever it takes’ to stop Iran on nuclear front for this day. We hope that we have succeeded by giving you the full details and information. To follow all our news, you can subscribe to the alerts system or to one of our different systems to provide you with all that is new.