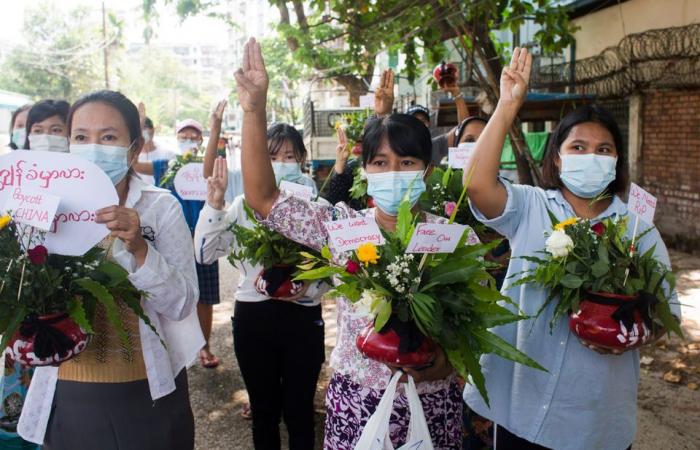 You are now following the details of the Myanmar: Coup opponents announce ‘unity government’ news and now we leave you with the details

Mohamed Nass - Cairo - A Myanmar council of ousted lawmakers announced on Friday they are forming a “National Unity Government,” including anti-coup activists and ethnic minorities, to restore democracy.

Political leaders and deposed members of parliament have been trying to organize to regain power from the military since the February 1 coup pushed Myanmar into turmoil.

The National Unity Government is an upgrade from what had been called the Committee Representing Pyidaungsu Hluttaw (CRPH).

Elected lawmakers, who were barred by the army from taking their seats, formed the CRPH shortly after the coup. The body has since tried to gain international recognition as Myanmar’s legitimate government.

Min Ko Naing said the people’s will was his government’s priority as he named positions and acknowledged the scale of the task at hand.

“We’re trying to get this out from the roots so we have to sacrifice a lot,” he said, referring to the military.

There were no immediate comments from the junta.

Min Ko Naing is one of Myanmar’s most respected political figures. In 1988, he was a leader of a failed uprising against a previous military dictatorship.

United against the coup

The shadow government’s list of office holders underlined the unity between the pro-democracy movement and autonomy-seeking ethnic minority groups.

Min Ko Naing said the politicians were selected based on results from the 2020 election, input from a nationwide anti-coup protest movement, and ethnic minority groups, including armed rebels in the country’s border territories.

For decades, minority groups have fought for greater autonomy in the borderlands.

The NUG minister of international cooperation, Dr. Sasa, said Venezuela was an example as the United States and Britain had recognized Venezuelan opposition leader Juan Guaido as the legitimate leader.

“We are the democratically elected leaders of Myanmar,” said Sasa, who goes by one name. “So, if the free and democratic world rejects us that means they reject democracy.”

Sasa told Reuters news agency that the goal was to end violence, restore democracy and build a “federal democratic union.”

International pressure has mounted on Myanmar’s junta with condemnation and sanctions.

What is the situation in Myanmar?

Anti-coup protests have rocked the streets around Myanmar, since the military coup ousted Aung San Suu Kyi’s civilian government, who was starting a second term after a landslide election victory in November.

The military generals had argued that they took over power because of a fraudulent election. But the election commission dismissed the allegations.

Security forces have cracked down on opposition, killing more than 700 protesters, according to monitoring group Assistance Association for Political Prisoners.

These were the details of the news Myanmar: Coup opponents announce ‘unity government’ for this day. We hope that we have succeeded by giving you the full details and information. To follow all our news, you can subscribe to the alerts system or to one of our different systems to provide you with all that is new.