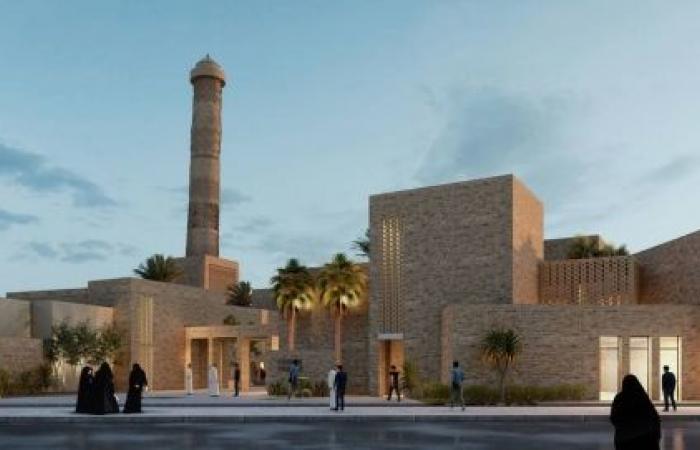 Selected by an international jury from among 123 entries in a global competition, the winning design — called “Courtyards Dialogue” — is a major component of the UN Educational, Scientific and Cultural Organization’s (UNESCO) ambitious project to rehabilitate the ancient city.

After years of control by ISIL extremists and the destruction of the iconic metropolis when they were driven out in 2017, UNESCO chief Audrey Azoulay called it “a landmark moment” in restoring the war-torn city’s “fabric and history” and helping “reconciliation and social cohesion”.

“Heritage sites and historical monuments are powerful catalysts for people’s sense of belonging, of community, and identity. They are key to reviving the spirit of Mosul and of Iraq as a whole”, she underscored.

They scooped the award for their imaginative reconstruction of Al-Nouri’s prayer hall and complex — and for the way it blends into its surrounding through open public spaces.

While the hall will look as it did before the mosque was destroyed, it will reopen with better natural lighting and more space for women and visitors.

There will be enclosed gardens too, inspired by the historic houses and gardens that were located around the prayer hall prior to its 1944 remodeling, according to UNESCO.

UNESCO launched the design competition last November in close coordination with the Iraqi Ministry of Culture and the Iraqi Sunni Endowment.

In addition to being awarded the contract for the complex, the winners will receive a $50,000 prize.

These were the details of the news UNESCO architectural design winners to rebuild Iraq's iconic Al-Nouri Mosque complex for this day. We hope that we have succeeded by giving you the full details and information. To follow all our news, you can subscribe to the alerts system or to one of our different systems to provide you with all that is new.