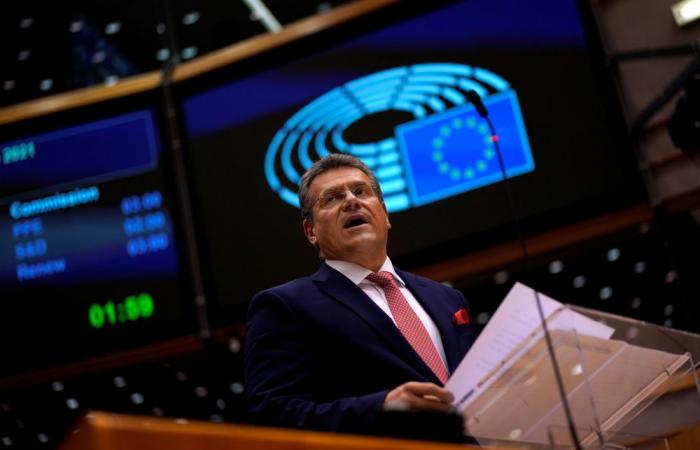 Hello and welcome to the details of EU-UK find no breakthrough in N. Ireland row and now with the details

BRUSSELS, April 16 — Late night talks between the EU and Britain to resolve a row over border checks in Northern Ireland ended without a breakthrough, officials said today.

The European Union has also accused Britain of violating the Brexit divorce deal by unilaterally delaying border checks in Northern Ireland until October and launched a lawsuit against London last month over the issue.

This legal action will continue “as long as necessary”, the EU said in the statement after the talks.

The British side said that recent technical talks between Brussels and London “had begun to clarify the outstanding issues, and some positive momentum had been established”.

However, “a number of difficult issues remained and it was important to continue to discuss them,” the UK statement added.

The UK agreed to “intensify” the talks and both sides said they would engage with businesses and civil society in Northern Ireland to try to defuse any further fallout from Brexit.

The talks are centred on a special protocol of the Brexit divorce deal designed to prevent the emergence of a “hard border” between the UK province Northern Ireland and the Republic of Ireland, an EU member.

These were the details of the news EU-UK find no breakthrough in N. Ireland row for this day. We hope that we have succeeded by giving you the full details and information. To follow all our news, you can subscribe to the alerts system or to one of our different systems to provide you with all that is new.