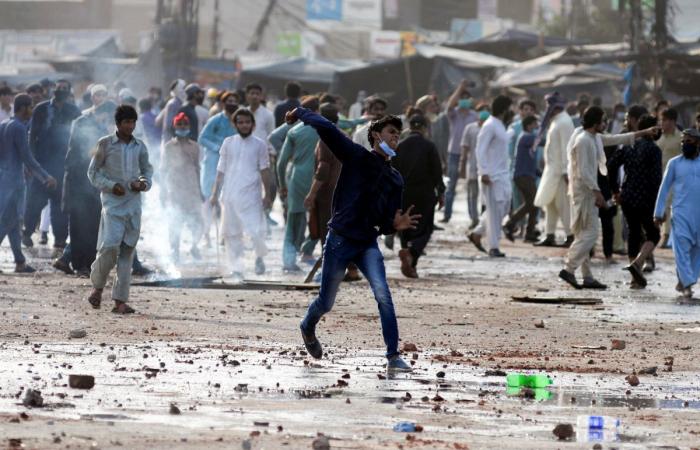 The Interior Ministry directed the Pakistan Telecommunication Authority (PTA) was directed to block the platforms until 3 pm (11:00 GMT)

“Social media has been blocked for a few hours so that troublemakers can not use it during Friday prayers congregations,” an official told dpa.

Why has social media been blocked in Pakistan?

The block comes amid fears that activists belonging to the radical Islamist Tehreek-e-Labaik (TLP) group might use the technology to perpetuate violent protests that have shaken the country this week.

At least five people including two police officers have been killed, and nearly 600 injured. Around 200 of those are in critical condition.

The TLP has also been agitating against the arrest of its leader, Saad Rizvi, who initially called for the rallies.

Political parties, Islamist groups and militant organizations in Pakistan rely heavily on social media platforms to connect with their followers.

What is the dispute with France?

The TLP has been organizing rallies to denounce the publication of cartoons in France depicting the Prophet Muhammad.

The demonstrations prompted the French Embassy in Pakistan to urge its nationals to leave the country temporarily.

Extra security personnel have been deployed to the French embassy, and additional shipping containers placed as fortifications around its outer wall.

Prime Minister Imran Khan’s government has struggled to get TLP protests under control in recent years, but this week announced an outright ban against the group.

The TLP is known for holding days-long, violent road protests over blasphemy issues, causing major disruption within the country.

In the most recent protests, demonstrators blocked roads and streets, demanding that the government fulfill an earlier promise to expel the French ambassador by April 20.

IMAGE: A supporter of the Tehreek-e-Labaik Pakistan (TLP) Islamist political party hurls stones towards police (not in picture) during a protest against the arrest of their leader in Lahore, Pakistan April 13, 2021. REUTERS/Stringer/File Photo

These were the details of the news Pakistan blocks social media platforms amid protest crackdown for this day. We hope that we have succeeded by giving you the full details and information. To follow all our news, you can subscribe to the alerts system or to one of our different systems to provide you with all that is new.