Fact check: How effective is the Sputnik V coronavirus vaccine? 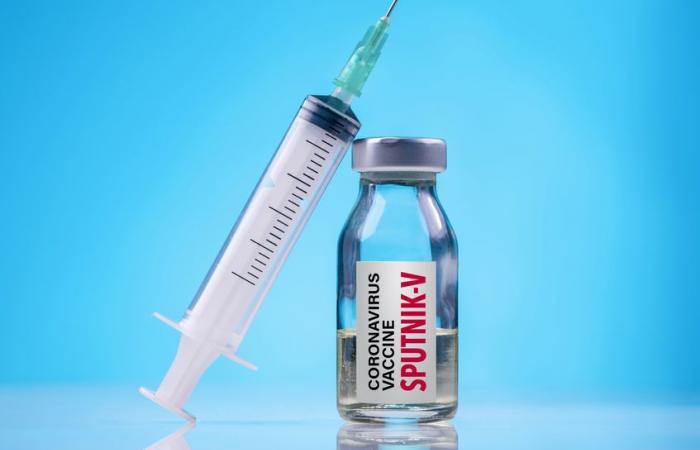 You are now following the details of the Fact check: How effective is the Sputnik V coronavirus vaccine? news and now we leave you with the details

Mohamed Nass - Cairo - President Vladimir Putin has touted Sputnik V as “the best vaccine in the world,” and the Russian media have regularly touted the vaccine’s record exports abroad.

However, is it actually a safe and effective inoculation against COVID-19? DW tries to separate the facts from the propaganda.

What is Sputnik V?

Developed by the state-run Gamaleya Research Institute of Epidemiology and Microbiology in Moscow and financed by the Russian Direct Investment Fund (RDIF), Gam-COVID-Vac is a viral vector vaccine, similar to those developed by AstraZeneca and Johnson & Johnson (J&J). Vector vaccines are easier to manage than mRNA vaccines, which need to be stored at very low temperatures.

In a vector vaccine, harmless viruses, such as inactive cold viruses, deliver the genetic code for spike proteins — which the SARS-CoV-2 pathogen uses to attach itself to human cells — into the body. The body of a vaccinated person will recognize them as alien substances and react by creating antibodies and specific T-cells, which are both important for immunity.

What’s unusual about Sputnik V, however, is that two different types of cold virus, or adenovirus, are used for the first and second shots — rAd26 (which J&J also uses) and rAd5, respectively. This combination is supposed to prevent the second shot from neutralizing the immunization effect from the first and preventing the desired booster effect.

How effective is Sputnik V?

In principle, it’s possible to use two different vectors because this promises a higher vaccine efficacy. The efficacy of other vector vaccines such as AstraZeneca (76 percent) and J&J (85.4 percent), which only use one vector, is much lower than that of the mRNA vaccines by BioNTech-Pfizer (95 percent) and Moderna (94.1 percent).

However, it’s hard to precisely determine the efficacy of Sputnik V. It was approved for use in Russia last August before the state safety review had been completed. Eight months after the government’s fast-track approval, there is still no reliable data on the vaccine. Russia has not yet made crucial primary data available to an independent drug testing authority.

In September, British medical journal The Lancet published partial results from Sputnik V’s phase 1 and 2 trials. However, the two studies on safety, tolerability and immunogenicity only included 38 participants each. The findings stated a strong immune response, and said no serious adverse side effects had been detected.

International experts had strong reservations about the results — and not only because of the size of the trial groups. Several researchers pointed out a number of oddities: For example, even though the participants had been given very different forms of the vaccine, the study found that they all had the exact same level of antibodies in their blood on different days. They said that it could not be a coincidence that the participants all had identical levels of T-cells, which fight the SARS-CoV-2 virus. Some 40 scientists from Europe, the United States, Canada and even Russia signed an open letter raising concerns that data might have been manipulated.

On February 2, Russian scientists published interim results from phase 3 trials in The Lancet. They said that over 18,000 participants had received two doses of the vaccine at an interval of three weeks and claimed that efficacy was at 91.6 percent with no serious side effects. Once again, their international colleagues responded with skepticism, pointing out that there could not be an independent evaluation if the primary data had not been published.

According to a new study released on April 3, Sputnik V is also effective against the B.1.1.7 variant first detected in the UK and the B.1.351 variant first identified in South Africa. However, this has not been confirmed by a standard peer review process.

What are the risks?

In early April, the EU Observer claimed that four people had died and six others had experienced serious health complications after being vaccinated with Sputnik V.  In response, Russia’s Federal Service for Surveillance in Healthcare, Roszdravnadzor, denied there was a direct link with the vaccine.

Roszdravnadzor said that no adverse side effects had been reported apart from typical post-vaccination reactions such as flu-like infections, skin irritations, headaches and fatigue.

The European Medicines Agency (EMA) launched a rolling review in early March, looking at data as they become available from ongoing studies, to assess the efficacy and safety of Sputnik V. But if it is to grant approval for its use across the EU, it needs access to a complete dataset. The EMA aims to obtain the information in Russia in an accelerated review process, but Russia’s reaction so far has been hesitant.

Where has Sputnik V been approved for use?

According to DW’s research, Sputnik V has been approved in 60 states, including India, Mexico, Iran, Ghana, Sri Lanka and Serbia, as well as in the Palestinian territories and Republika Srpska, in Bosnia-Herzegovina.

Though Sputnik V has yet to receive EMA approval, the EU member states Hungary and Slovakia have granted emergency national approvals. It is already being used in Hungary to vaccinate citizens, but in Slovakia the authorities have not yet approved use of the 200,000 doses delivered by Russia.

It’s difficult to find out for certain which countries have already approved and started using Sputnik V. Argentina, Serbia, Venezuela and San Marino are among them, and of course Russia itself. According to Our World in Data, as of April 12 around 8.8 million people, six percent of the population, had received at least one shot in Russia — a rather low figure by international comparison.

Some countries have already preordered the vaccine and are conducting trials, but they have not yet approved the vaccine. Brazil has already ordered about 76 million doses of Sputnik V in anticipation.

There has been growing interest in the Russian vaccine in Europe, even though the European Commission is not currently negotiating future supply contracts as it did with BioNTech-Pfizer and AstraZeneca late last year. The Czech Republic, Germany and Austria are trying to secure doses of Sputnik V, but have insisted the vaccine will only be used after the EMA gives the go-ahead.

Though the EMA has already launched its rolling review of Sputnik V, it will only be able to begin the approval process after the first results of scientific and clinical trials have been evaluated. This could take weeks, if not months.

Russia is hoping to supply the European Union with 50 million doses from June onwards, and is also planning to build manufacturing sites in Europe. But Thierry Breton, who heads the EU Commission’s vaccine task force, remains unconvinced.

“It normally takes many months to build up and ramp up the corresponding production. It is simply too late to use Sputnik V for our goal of having all Europeans vaccinated by the summer,” he told the German weekly Der Spiegel last week.

These were the details of the news Fact check: How effective is the Sputnik V coronavirus vaccine? for this day. We hope that we have succeeded by giving you the full details and information. To follow all our news, you can subscribe to the alerts system or to one of our different systems to provide you with all that is new.

PREV Too sick to treat: Over 500 health staff test positive for virus in Indian state
NEXT India's lauds Gulf assistance in fighting COVID-19