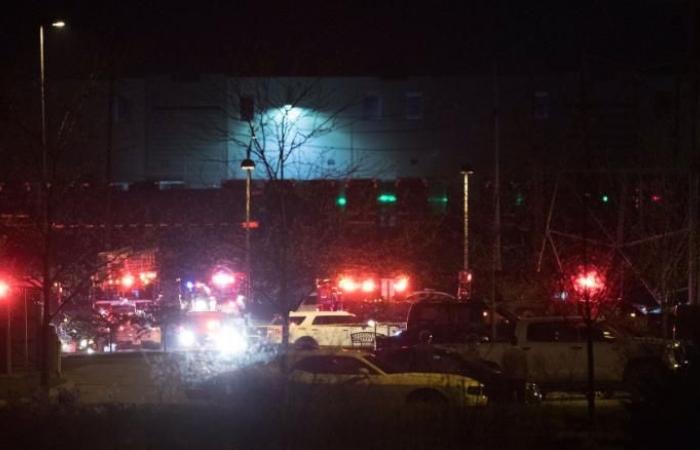 You are now following the details of the Multiple people with gunshot wounds after shooting at FedEx facility in Indianapolis, police say news and now we leave you with the details

Mohamed Nass - Cairo - Multiple people with gunshot wounds have been brought to local hospitals after a shooting at a FedEx facility in Indianapolis, according to Officer Genae Cook, a spokesperson for the Indianapolis Metropolitan Police Department.

Police believe the shooter took his own life and there is “no active threat to the community at this time,” he said.

Police did not give any information on the seriousness of the injuries.

Earlier, law enforcement officials said there was a “mass casualty situation” at the FedEx facility located at 8951 Mirabel Road in Indianapolis.

Two employees inside the building at the time told CNN affiliate WISH-TV that they heard as many as ten gunshots.

At first Jeremiah Miller and Timothy Boillat thought the sound was from a car, but after hearing more, Miller stood up and saw a man with a weapon, he told the station.

“After hearing the shootings I did see a body on the floor behind a vehicle,” said Boillat. The two men left the building and watched as about 30 police cars responded, Boillat said.

“Thank God for being here because I thought I was going to get shot,” Miller told the station.

The major nearby highway, the I-70, was closed in both direction between I-465 and the Ronald Reagan Parkway due to the police activity, according to Indiana State Police Sgt. John Perrine. “Please seek alternate routes,”

I-70 is closed in both directions between I-465 and Ronald Regan Pkwy due to police activity in the area. Please seek alternate routes

The highway was reopened, although there remains no access to Ameriplex Parkway from either direction, he later tweeted.

In a statement, FedEx said it was aware of the “tragic shooting” at the Indianapolis facility.

“Safety is our top priority, and our thoughts are with all those who are affected. We are working to gather more information and are cooperating with investigating authorities,” company spokesperson Jim Masilak said in an email to CNN.

This is a developing story and will be updated.

IMAGE: The scene outside a FedEx facility in Indianapolis after what police described as a “mass casualty situation.”

These were the details of the news Multiple people with gunshot wounds after shooting at FedEx facility in Indianapolis, police say for this day. We hope that we have succeeded by giving you the full details and information. To follow all our news, you can subscribe to the alerts system or to one of our different systems to provide you with all that is new.